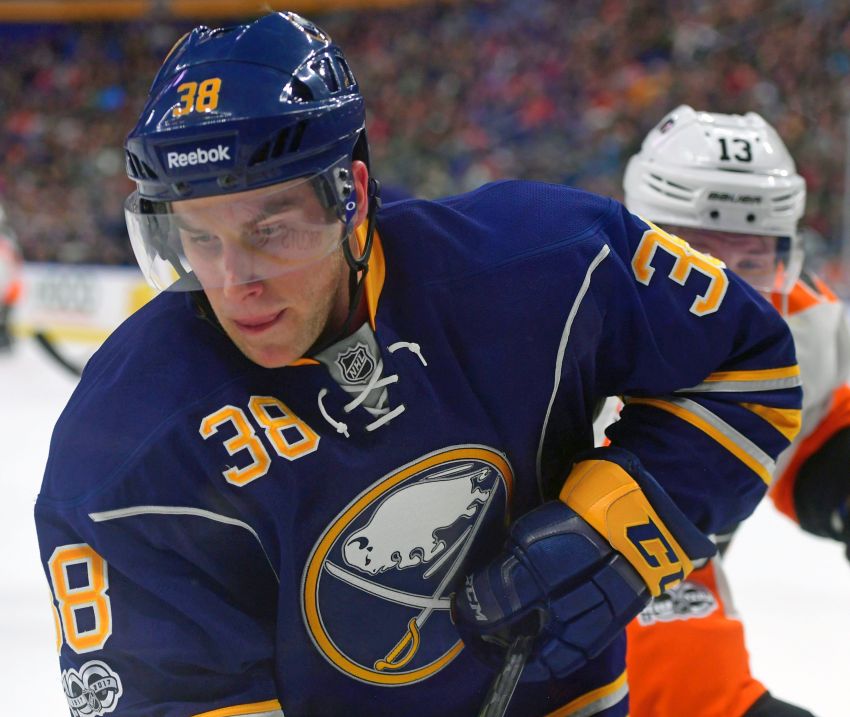 BUFFALO – Would you look at that. Thanks to a three-game winning streak, the Sabres have jumped up the standings to within two points of the Atlantic Division’s final playoff spot and the last wild card spot entering tonight’s tilt with the Chicago Blackhawks.

Of course, teams with games in hand stand between them and those coveted spots. Still, the Sabres are finally starting to make a surge.

The Sabres have won three games in a row this season three times. They haven’t won four consecutive contests, believe it or not, since December 2014.

The Sabres’ fun could end tonight, their final game before a bye week.

The Sabres will be without winger Sam Reinhart, who’s battling the flu, again tonight, coach Dan Bylsma said. Rookie Nick Baptiste subbed for him in Saturday afternoon’s 3-2 win against St. Louis, recording a goal and an assist.

Sabres goalie Robin Lehner, meanwhile, will make his seventh straight start. In one career game against Chicago, Lehner is 0-1 with a 2.02 goals-against average and a .949 save percentage.

In other news, defenseman Taylor Fedun was assigned to the Rochester Americans today after he cleared waivers.

“I was a little nervous he wouldn’t squeak there,” Bylsma said. “He’s a good part of our depth, defensive corps. He’s been able to play some big games for us, some good games for us. We still have that in our bag.”

Fedun played 25 games with the Sabres, recording seven assists. He began the season in the AHL.

– Bylsma said the last game before a four-day bye “is a little bit of a trap game.”

– Blackhawks star Patrick Kane, a South Buffalo native, has seven goals and 13 points in 12 career appearances against the Sabres.

– Sabres center Ryan O’Reilly has seven goals and 19 points in 19 career appearances against the Blackhawks.