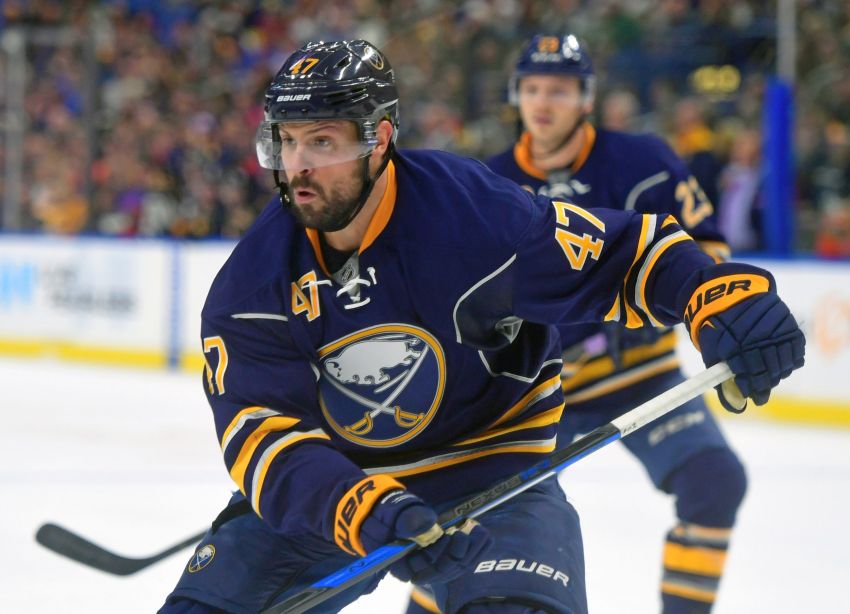 “It shut me down in college,” said Nelson, who will play his first NHL game since the opener tonight against the Toronto Maple Leafs inside KeyBank Center.

That experience in 2013 helped prep Nelson for the last three weeks. After playing his eighth NHL game Oct. 13, the Sabres scratched the Wisconsin native eight straight games. But with defenseman Zach Bogosian out “weeks” with a Grade 1 or 2 knee sprain he suffered early in Tuesday’s 2-1 win in Minnesota, according to Sabres coach Dan Bylsma, Nelson could enjoy regular duty.

Bogosian’s loss, of course, will hurt the Sabres, who have won three straight games. The Massena native had been skating more than 20 minutes on the second pair, most recently beside Dmitry Kulikov.

“Much like I think of our team game,” Bylsma said this morning of Bogosian’s play. “I think we played a good defensive team game. Zach was a big part of that. … That’s something we’re going to miss.”

Nelson said he thinks he will play with Kulikov tonight.

The Sabres, who have beaten the Leafs seven straight times here, will start goalie Robin Lehner. Frederik Andersen will start for the Leafs.

In a paper transaction, the Sabres recalled wingers Justin Bailey and Nick Baptiste from the Rochester Americans today. The rookies played Tuesday.