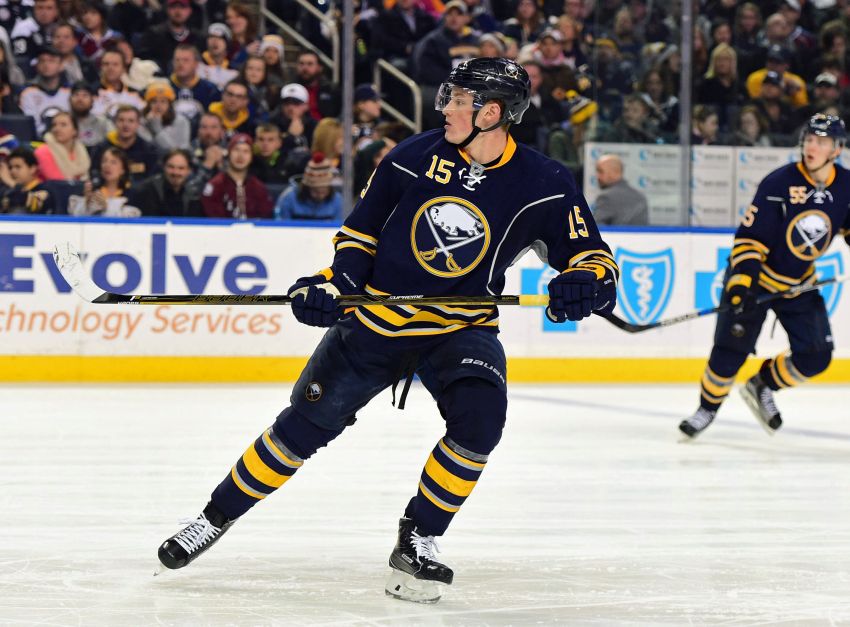 BUFFALO – Jack Eichel emerged through a curtain and wheeled his scooter to his normal spot in the dressing room. The Sabres center’s sprained left ankle was encased in a boot. His skates and equipment, meanwhile, were hanging in his locker, where they could remain for weeks or even – gasp – months.

Then Eichel, 19, began answering questions for the first time since sustaining a dreaded high ankle sprain late in practice Wednesday, the eve of the season opener.

“I’m not bad,” Eichel, who could be sidelined six to eight weeks, replied to the first question.

The sight of the speedy Eichel, the face of the franchise, using a scooter to move around was odd. His injury has stunned the team and its fan base. His absence cast a pall over Thursday’s 4-1 opening-night loss to Montreal inside KeyBank Center.

Eichel can handle the physical part of his sprain, a notoriously tough injury. The hardest aspect of his recovery, he said, will be the mental portion.

This is Eichel’s first long-term injury. He said he’s not a patient person, either.

Naturally, watching the opener, a contest he was sorely missed, was tough for Eichel, a young star fresh off a terrific rookie season.

“You want to be out there so badly,” Eichel said as his teammates practiced. “You miss it. You miss going on the road with the guys and spending time with them and being around them every day in the locker room, practicing. That’s probably the hardest part for me.”

Eichel said he knew right away he was hurt after he lifted Zemgus Girgensons’ stick and turned to go after the puck.

“I don’t know if we got tied up or there was a rut in the ice or what it was, but (I felt) my body kind of fall on top of my ankle and really not go with the way it should,” he said.

Eichel understands the upcoming weeks will be a new experience.

“I’ve been out before, but nothing like this,” he said. “More things that are day-to-day. This is more of a wait game with you have to give it time and you really don’t have to rush anything because it’s an injury that can come back to you. Timetable-wise, it’s something you really don’t know.”

Recovering from a high ankle sprain can be long and arduous. Sabres goalie Robin Lehner missed three months last year before returning and playing 20 games. The injury dogged him, however, and he underwent season-ending surgery in late March.

Eichel knows his patience will be tested.

“High ankle sprains are tricky injuries,” he said. “You really just want to let everything heal, just kind of go about the whole process the right way and take it day by day, listen to the trainers, listen to the doctors. Really, it’s a lot about patience and sticking to your game plan.”

Eichel has already learned that.

“They’ll be days where you can feel great, feel like you can walk on it, you feel like you can put your skate on and go out there,” he said. “But that’s not the case. (You have to) just make sure you’re patient and go on your own timetable. Nobody knows how you feel but you.”

He added: “It’s important I learn to deal with this experience and just making myself better when I’m out.”