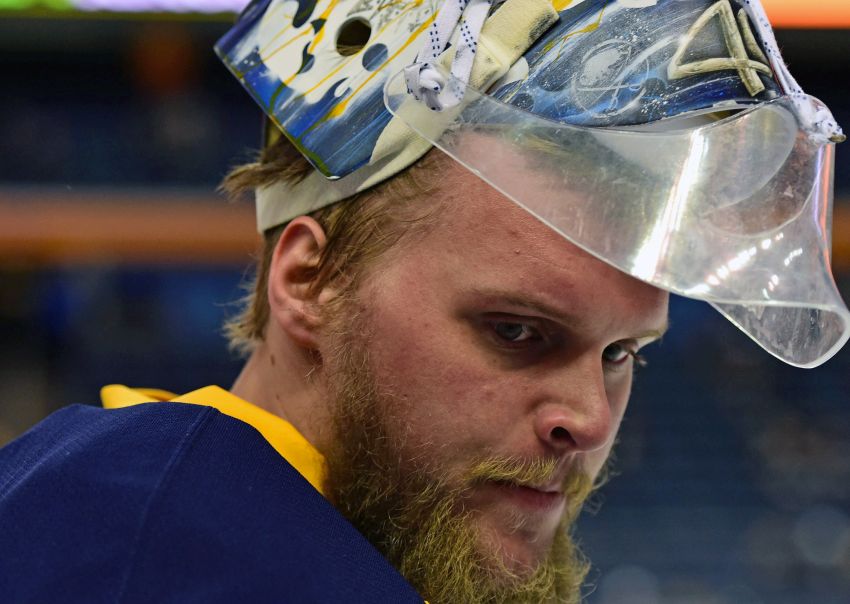 “I’ve lost a decent amount of weight, got in shape,” Lehner said this morning after skating inside HarborCenter. “I’ve done some life changes. It’s not always going in a straight line, you know?”

Lehner has just about everything an athlete could want. That’s why he wants to seize his opportunity. He said he’s 100 percent again and will be ready for training camp later this month.

After undergoing season-ending ankle surgery in March, Lehner stayed in Buffalo the entire offseason, spending much of his time working out at WNY MMA.

“I have no problems,” he said. “I don’t feel (my) foot practicing off ice, on ice. Right now, I just keep strengthening all the muscles around the ligaments in my foot. So I just keep it strong and try to prevent it from future injury.”

He couldn’t exercise most of last summer, and it showed. The Sabres listed him at 240 pounds. Still, despite the extra weight and a three-month absence from October to January, Lehner played well in 2015-16, posting a 2.47 goals-against average and a .924 save percentage.

He began on-ice workouts with goalie coach Andrew Allen about a month ago and joined his teammates today for the first time.