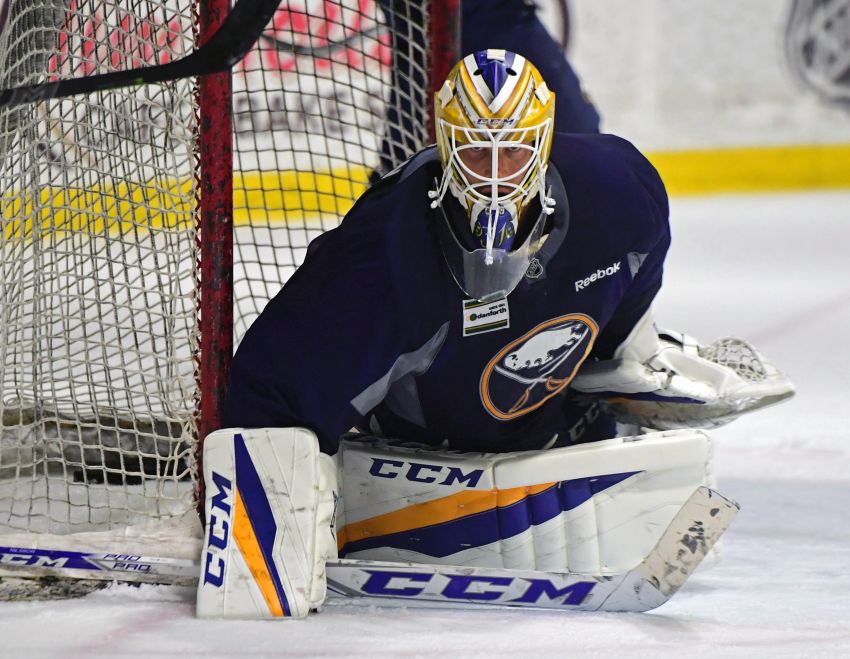 BUFFALO – Before practice started this morning, goalie coach Andrew Allen, 40, was on the ice in full gear putting a few players through some paces, a sign one of the Sabres’ regulars was unavailable.

It turns out No. 1 goalie Robin Lehner is sick and unavailable for Tuesday’s tilt in Philadelphia, coach Dan Bylsma said.

“Hoping he would pull through this morning,” Bylsma said inside KeyBank Center.

Update: The Sabres have summoned goalie Linus Ullmark from the Rochester Americans.

In the meantime, Allen, who retired in 2005, practiced fully in leftover equipment from past Sabres goalies.

Allen also practiced once in March. Other than that, he hasn’t been on the ice in five years.

“I got a little better as practice went on,” a smiling Allen said. “The first drill was tough. Reaction speed’s not what it used to be.”

Nilsson enjoyed a strong preseason, posting a shutout. Tuesday will be the Swede’s 53rd NHL appearance and first since April 9 with St. Louis.

Check back later for more, including a story on Sam Reinhart’s move to center.