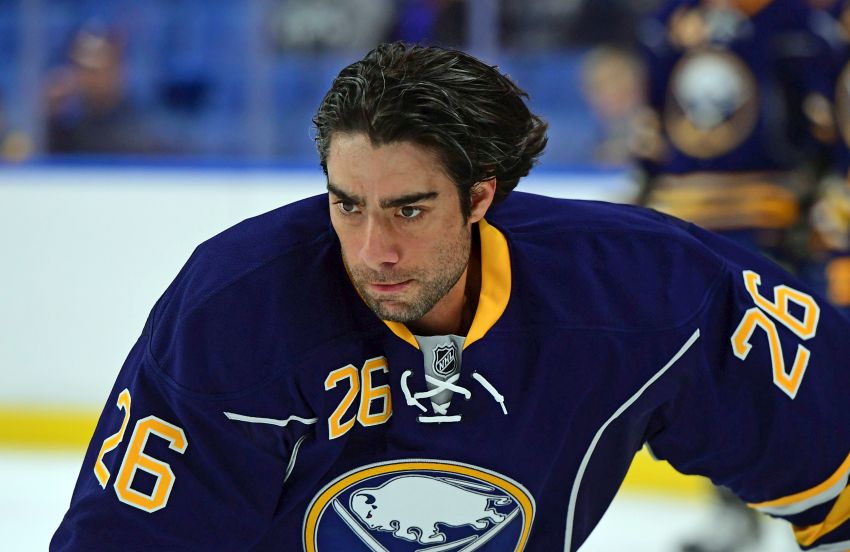 BUFFALO – The genesis of Sabres winger Matt Moulson’s revival began in the wintertime, long before he started a productive summer of training in which he reshaped his body, helping him add some much-needed speed.

Eight or nine months ago, at the behest of management, Moulson changed his work habits as he struggled through an awful eight-goal season.

When the Sabres challenged Moulson, they hoped he would reap benefits this season. So far, he resembles his old self, the underrated star who scored 30 goals three straight seasons from 2009-12.

Moulson scored two goals in the first two contests, as many as he had during a wretched 63-game stretch last season.

After Moulson was held scoreless in Tuesday’s 4-3 overtime loss in Calgary, Bylsma joked he “was disappointed he couldn’t continue his 82-goal pace.”

But in reality, Moulson’s resurgence quietly began late in 2015-16, when he scored three times in the final six games, a harbinger for the current season.

“I think I put in a lot of work during the year,” Moulson said Sunday inside KeyBank Center. “I kind of carried that into my summer of training. … I just have to keep working, day in, day out. I think it probably started somewhere last year to get back to where I wanted to play.”

Moulson, who’s in the third season of a five-year, $25 million contract, hasn’t just scored twice. He has created prime opportunities and skated in the thick of the action. As he struggled for months last season, he rarely generated chances.

“I think you’re seeing a result of the work that ‘Mouls’ put in in the offseason,” Bylsma said. “He’s come with a renewed vigor for playing, and I think he’s playing a better game as a result. You see him last game, he’s skating, he has four hits, he’s on the forecheck, he’s winning pucks on the offensive zone. That’s something he’s got to keep bringing for us.”

To Okposo, Moulson’s former teammate with the New York Islanders, his close friend “had a lot to prove.”

As frequent linemates, Okposo developed an appreciation for Moulson years ago. Around the net, Okposo said, Moulson’s skills are almost unmatched.

“He’s got great touch,” Okposo said. “He just gets the puck in the net. It’s a really artful thing, goal scoring, not a lot of guys can do it. He’s one of them.”

“I think his skating’s a lot better,” he said. “He’s beat some guys one-on-one and making some plays with his legs. Maybe he didn’t always do that before. He’s definitely added that to his game.”

He has also added some trust from Bylsma, who was forced to skate him short minutes on the fourth line most of last season.

Moulson learned then despite a big contract and some notable exploits, nothing would be given to him.

“I wasn’t playing the way I knew I could play (and) I wanted to play,” Moulson said. “I think it was a commitment to get back to that and earn everything. I knew I’d have to earn everything. It’s a daily thing where you have to keep working, not just one or two games, that’s it.”

“We’re just looking for more balance on our top three lines, really,” Bylsma said. “Matt has … had some chemistry with Kyle. Matt had three scoring chances in Vancouver and was around the net.”

Reinhart, 20, has struggled a bit, committing some uncharacteristic turnovers.