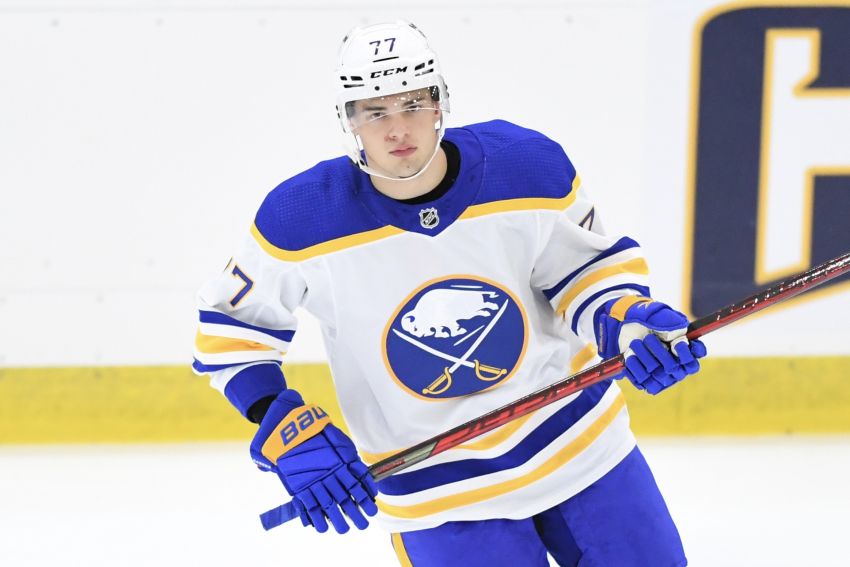 Yes, he had only experienced a preseason victory. And his late goal in Tuesday’s come-from-behind, 5-4 shootout triumph doesn’t officially count in the record books.

Still, for Peterka, linemate Jack Quinn and the other youngsters who buoyed the Sabres to an unlikely win over the Columbus Blue Jackets, the exhibition opener likely holds a lot of meaning.

The Sabres roared back in the third period, erasing a 4-1 deficit to stun the Blue Jackets.

Peterka scored with 2:04 left, converting a nifty feed from Linus Weissbach in close. Then Weissbach, another rookie making his preseason debut, tied it with 54 seconds left.

“He pulled that off a couple of times in the practices, too, and I knew if he comes like that on the goalie he will put that one in,” Peterka said.

In a year or two, after Peterka and Quinn acclimate to pro hockey, they could flank center Dylan Cozens on the Sabres’ No. 1 trio.

But on Tuesday the intriguing line was simply a preseason experiment. Instead of putting the talented youngsters beside veterans, Sabres coach Don Granato wanted them to learn on their own.

“It’s exciting to think we have three very talented, young players like that in our organization,” Granato said Tuesday morning inside KeyBank Center. “And I say talented and skilled, not yet experienced. They’re just going to gain experience in every situation. … There’s certainly things they can do from a skill standpoint.

By putting them together, Granato said “there’s nobody to bail them out for their mistakes.”

It took a while for Peterka, Quinn and the rest of the Sabres to get going.

“All our guys were feeling it and we were overthinking it and probably processing it,” Granato said. “My challenge to them was, ‘Don’t overanalyze anything. We’re not playing hard enough. We need to elevate out intensity and passion for the game.’

“I think that gets you in the game more. You start feeling better when you focus your energy on that. And just the effort you can bring playing a more direct game, we did that. (Peterka) did that and he looked much better.”

Peterka said: “I had to take some time to figure out how high the pace is here and how much you got here. But I think as the game went on, I felt more comfortable in those areas.”

“It’s a good thing I’m starting there tonight,” Quinn said prior to the game.

Notes: Center Arttu Ruotsalainen and winger Michael Mersch, a veteran who signed a two-year AHL contract with Rochester, scored the Sabres’ other goals. … Weissbach also assisted on Mersch’s goal and had three points. … Goalie Aaron Dell started and stopped 12 of the 15 shots he faced before Dustin Tokarski replaced him halfway through the second period. Tokarski stopped 16 of 17 shots.