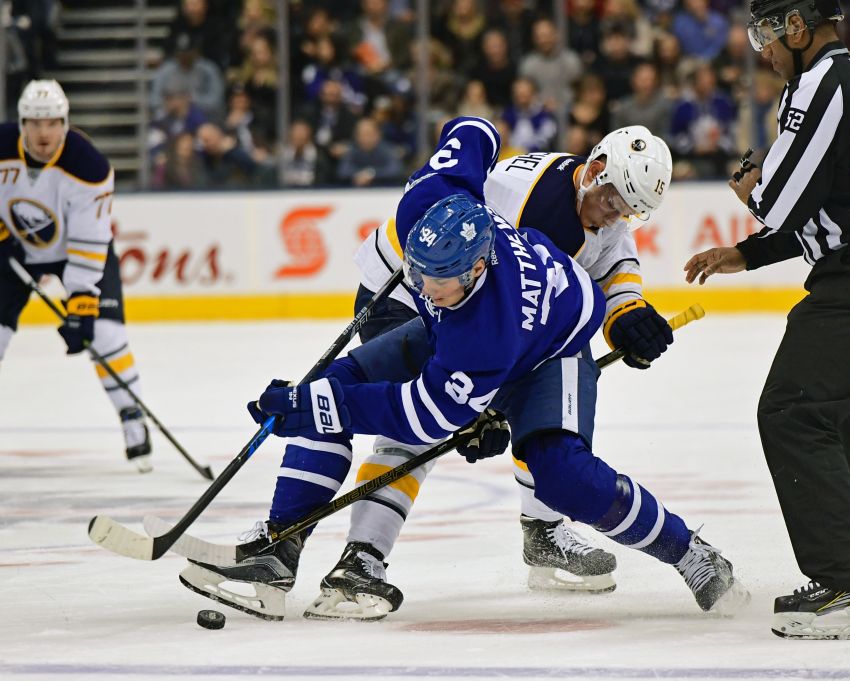 BUFFALO – How’s this for a scheduling quirk? After this weekend’s home-and-home preseason set with the Maple Leafs – the Sabres play tonight in Toronto – the fierce rivals don’t meet again until March 5.

“It’s crazy,” Sabres coach Phil Housley said this morning inside KeyBank Center. “When I looked at the schedule, here’s one of the rivals in our division, we’re not going to see them until March. Hopefully, they’re going to be real meaningful games at that time and there will be something on the line.”

Tonight’s game, which will be played at Ricoh Coliseum, is all about evaluation for Housley. The lineup for the Sabres’ third preseason tilt features a mix of veterans, AHL players and youngsters. The Leafs plan to play second-year star Auston Matthews.

Sabres goalie Linus Ullmark, who played the third period and overtime in Monday’s 3-2 loss to Carolina, will start. Housley said Ullmark will be evaluated after 40 minutes, meaning backup Adam Wilcox could play the final period.

So far, one week into camp, Griffith, an AHL stud looking to stick in the NHL, has made a positive impression, recording a goal and two points in two appearances. Scoring will get you a look on the No. 1 line.

Still, Housley wants to see more from the 5-foot-9 Griffith, who played for three teams last season, including the Leafs.

“I just want to see his speed and (him) tenacious on the puck,” Housley said. “He made a nice play on that tying goal in Penn State (on Tuesday). He’s got good vision, and he’s got to use it more.

“When the battle requires a competitive nature, he’s got to get in there. Everybody battles in their own way. … Smaller guys got to find a way to compete for pucks and win battles.”

“One day at a time,” Scandella repeated a few times after skating this morning inside HarborCenter.

In other injury news, Housley said Sabres winger Alexander Nylander, out since suffering a lower-body injury in rookie camp, could skate in the “near future.”