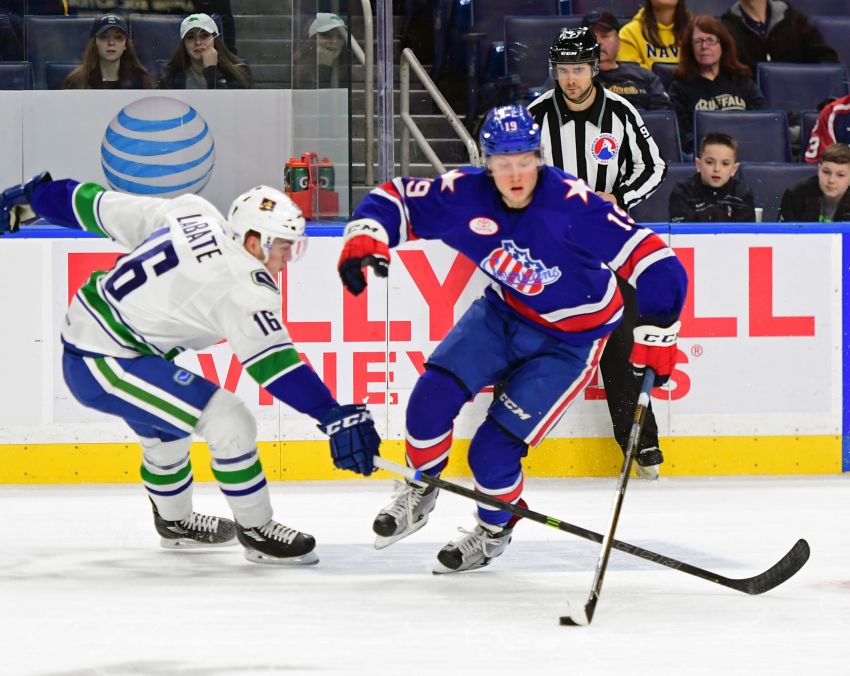 BUFFALO – When Sabres prospect Alexander Nylander left the Rochester Americans to represent Sweden at the World Junior Championship in December, the rookie’s stat line looked impressive: in his first 29 pro games, the AHL’s youngest player had five goals and 17 points.

Right now, the slick winger has six goals and 21 points in 47 contests with the Amerks.

Nylander, 18, enjoyed a terrific tournament with Sweden – five goals and 12 points in seven games – but has struggled mightily since returning.

“He went to the world juniors and looked really good against the players his age, and I think that’s a real good sign,” Amerks coach Dan Lambert said Wednesday. “I think he came back and probably fatigue is part of it. That tournament is not an easy tournament, especially when he had the limelight that he had on him, his team was expected to do well and I’m sure he shouldered a lot of that responsibility.”

Lambert said Nylander played “arguably his best game of the year” after returning, then experienced “a bit of a letdown.”

“He’s starting to play better again,” he said inside KeyBank Center prior to a 3-2 overtime win against the Utica Comets. “I think he’s starting to find ways to make plays and finding his feet where he’s using his legs a little more. But he is 18 and it is going to be a process. He’s doing it at his pace, and, of course, we always want to get there quicker.

“Whether it takes him another summer, another two summers, we don’t know. He is a very talented young man.”