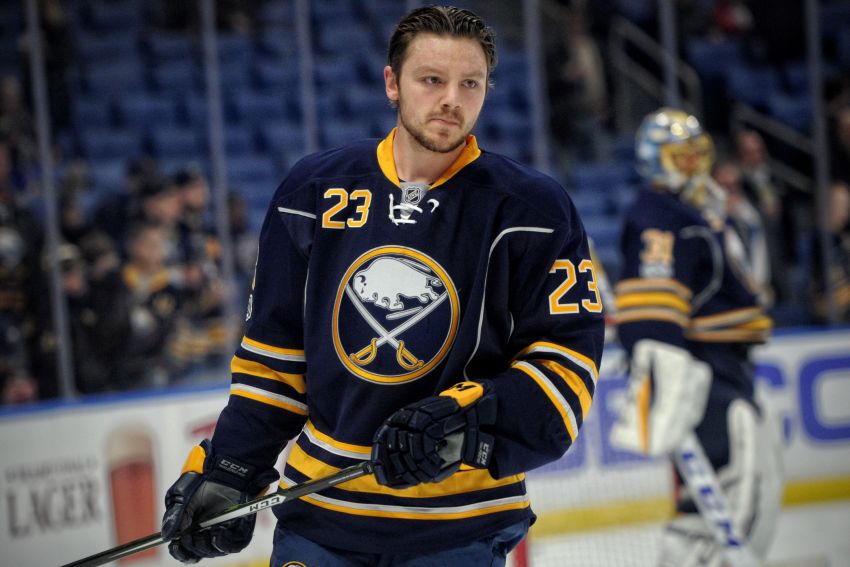 NEW YORK – In his NHL and major junior career, winger Sam Reinhart has scored 166 goals, including 46 with the Buffalo Sabres.

Reinhart’s power-play goal in Monday afternoon’s Winter Classic, his first score in 17 games dating back to Nov. 22, might’ve been the biggest of his career.

After scoring the Sabres’ first goal and just his sixth this season, a smiling Reinhart got up and yelled, “Whoo!”

“Anytime you score in a situation like that you’re going to be happy,” Reinhart said following the Sabres’ 3-2 overtime loss outdoors at Citi Field. “The situation (for) myself as well, it was one my better ones to see it go in in my life, for sure.”

Perhaps Reinhart’s goal will ignite his miserable season. Right now, with only 12 points through 39 games, the former second overall pick is on pace for 13 goals and 25 points over a full campaign.

The way Reinhart scored could be a good sign for him. The youngster has scored many of his NHL goals around the net, showcasing strong awareness and soft hands.

“Okie made a good tip on it, I kind of sat in front and was able to kick it to my stick,” Reinhart said. “It was a nice feeling.”

NBC announced the men’s, women’s and Paralympic hockey teams during the second intermission of the Winter Classic’s 10th anniversary tilt.

With NHL players not participating in the Olympics this year, Team USA’s roster features AHL, European and even college players.

Sabres defense prospect Will Borgen, a junior at St. Cloud State, the NCAA’s No. 1 team, also earned a spot. The Sabres drafted Borgen, 21, in the fourth round, 92nd overall, in 2015.

Gionta captained the Sabres, who didn’t re-sign him following last season, for three years. The Greece native passed on NHL contracts this season to represent his country.

While the Sabres were technically the home team Monday, Rangers fans, of course, outnumbered Buffalo supporters in the crowd of 41,821 at the home of the New York Mets.

The Rangers’ lease dictates they must play their home games at Madison Square Garden.

Based on Sunday’s practice, it appeared Josh Gorges, 33, would be the odd man out on defense. Gorges, who sat out Friday’s 4-3 overtime win in New Jersey, has moved in and out of the lineup all season.

Notes: Sabres center Jack Eichel on his early Winter Classic experience: “The anthem’s going. You have the (fighter jet) flyover and the fireworks. All that brings chills to your spine, and it’s a good experience.” … Eichel on Sabres center Jacob Josefson’s overtime tripping penalty: “The ref’s in a tough position there, I know, but it’s such a big stage. I think probably a lot of the guys would have liked to see it end even, three-on-three, but what are you going to do?” … Reinhart on battling the sun: “That was the worst part. My eyes were kind of more tired (than usual). … Lundqvist, who made 31 saves, improved to 4-0-0 with a 1.98 goals-against average and a .934 save percentage in outdoor games. No other goalie has more than two outdoor wins. … Sabres winger Benoit Pouliot played his fifth outdoor game, tying him with five players for the most in NHL history. … Sabres goalie Robin Lehner stopped 39 shots, two shy of the outdoor record former Toronto goalie Jonathan Bernier set in the 2014 Winter Classic.