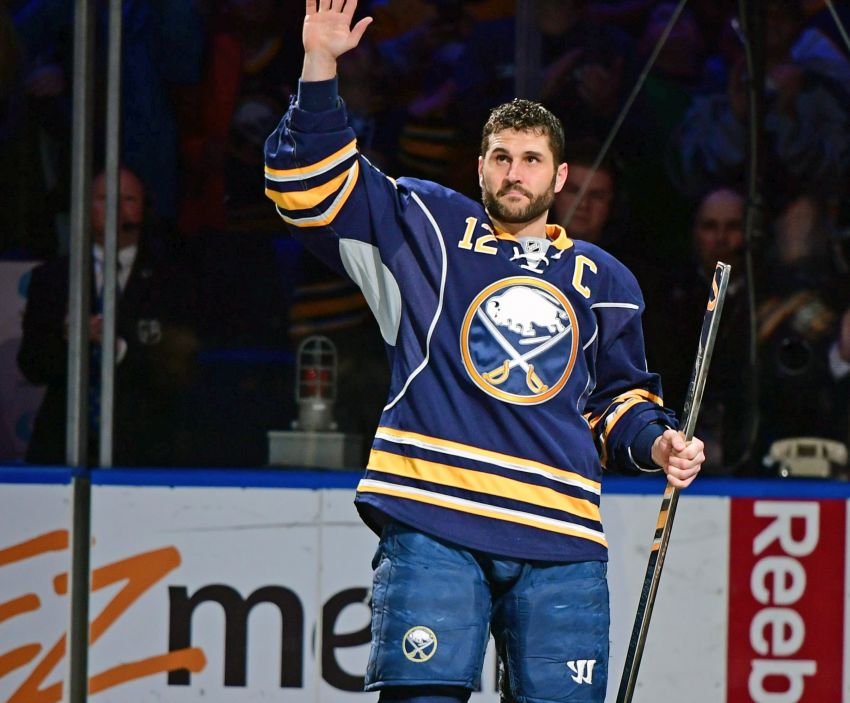 Since Gionta couldn’t make it to Rochester, where he has been practicing with the AHL Americans, he called Matt Ellis, his friend and former Sabres teammate.

So for an hour Monday inside HarborCenter, Ellis and Nick Tuzzolino, two coaches at the Academy of Hockey, put Gionta, 38, through a rigorous skills session.

“I love Matt,” said Gionta, who will likely make his second Olympic appearance at the upcoming Pyeongchang Games. “I love what these guys do here.”

As Gionta showcased the skills that have helped him play 1,006 NHL games as a winger, on the next rink, the Sabres, the team he captained three seasons, prepared for the Washington Capitals.

The NHL, of course, has developed into a young man’s league. Still, Gionta, who scored 15 goals and 35 points in 82 games last season, found plenty of suitors in free agency.

“Five, six teams had interest and wanted to sign me, not just (tryouts), wanted to sign,” said Gionta, who still lives in Clarence with his wife and three children. “But when I sat down and analyzed things, it didn’t work with where I wanted to be with my family, so I made that tough decision. By no means was it easy. I made it with the right intentions.”

Gionta took his time making that decision. He was willing to explore options beyond Buffalo.

“One team in particular, we went out there, looked at places, stuff like that,” he said. “It was just a family decision.”

In September, Gionta said Team USA contacted him and said they’d like him to play in some international competitions.

“It keeps me engaged in the game and gives me a little something in still having that family time,” he said.

This weekend at the Deutschland Cup, a four-team international tournament, Gionta will play his first games since April.

Gionta, an international regular earlier in his career, last represented Team USA at the 2006 Turin Games.

While Gionta hasn’t officially been named to the Olympic team, he has already done promotional work. It would be shocking if he didn’t earn a roster spot.

“It would be awesome,” Gionta said of playing in the Olympics again. “I had a ton of fun the first time, disappointed in our outcome (sixth place), so I would love to kind of cap it off with a medal.”

Gionta, however, isn’t ready to cap off his career. After the Olympics, an NHL team might want to utilize his experience for the stretch drive.

“I’m definitely not closed off to anything,” Gionta said. “Obviously, playing in the NHL is a dream come true. I still know I have it.”