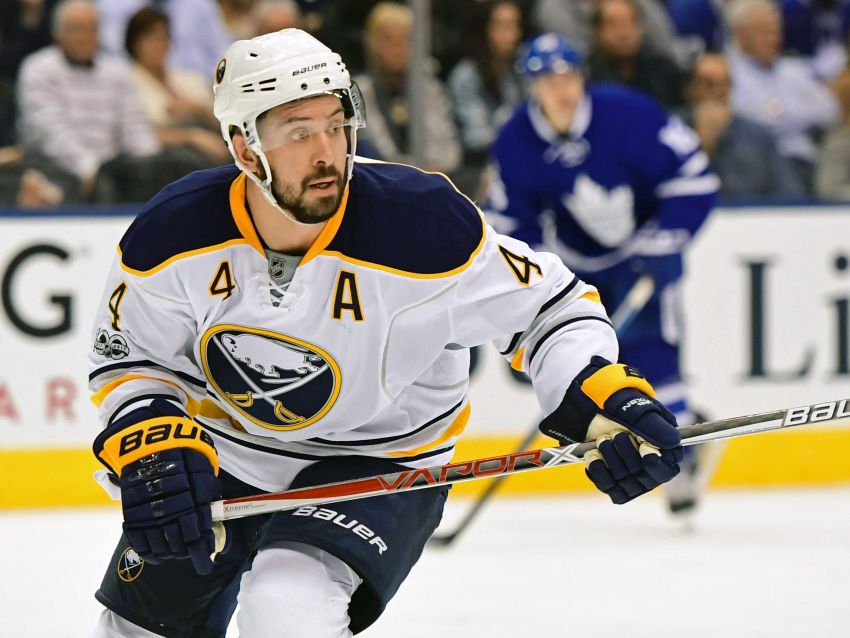 BUFFALO – The past two months have been difficult for Josh Gorges. The Sabres defenseman last sat out games 11 years ago, his second NHL season. The uncertainty that accompanies being a healthy scratch has taken its toll on the proud veteran.

“The adjustment is just trying to keep your mind right,” Gorges said Monday inside KeyBank Center. “Every day you don’t know if you’re in or out of the lineup, so that can play tricks on you mentally.”

Gorges’ status for tonight’s home tilt against the Tampa Bay Lightning is uncertain. On Monday, he practiced beside Zach Bogosian, who’s close to making his season debut and could play tonight.

That was the fourth defense tandem, meaning Gorges could be scratched against the Eastern Conference’s top team.

Gorges, 33, began the season as a healthy scratch, sitting out three games. After playing four straight contests – his presence during his debut Oct. 12 seemed to settle the team down – a lower-body injury sidelined him nine contests. He played six straight games before sitting out again Friday. He returned for Saturday’s 3-0 loss in Montreal.

Sabres coach Phil Housley wants to utilize a five-man attack, which clashes with Gorges’ stay-at-home style. So the 6-foot-1, 204-pound Gorges, the Sabres’ oldest defenseman, has often been the odd man out.

“He’s been great under the circumstances, (a) really good teammate, he approaches the game and practice the right way,” Housley said. “He’s a veteran.”

In a frank chat following Monday’s practice, Gorges acknowledged the obvious, that moving in and out of the lineup has sapped some of his confidence.

“That’s hardest thing when you get scratched, keep the confidence that you can go out there and still be a player, still be a guy that makes a difference, knowing that probably you have one of those nights where you make a mistake and that could be it for you,” he said.

When Gorges plays, he said he might hesitate or second-guess himself.

“You’re not beaming with confidence … you’re just trying to keep things simple, keep it where you’re limiting chances against and you’re playing hard and physical,” he said. “But even then, you’re not going to stay in the lineup if you’re playing simple.”

The undrafted Gorges, however, plays a no-frills style. He’s a defensive defenseman who has played 760 NHL games because he showcases tenacity few can match.

In 13 seasons, Gorges has hit the 20-point mark once. In 200 games with the Sabres, he has compiled three goals and 24 points.

“You go out there and do what you do, and that’s being … solid defensively, physical, good on the penalty kill, a good guy in the room,” said Gorges, who’s in the final season of his contract.

Still, Gorges knows all that is “not enough.”

“I have to add more to my game if I want to be in the lineup consistently,” he said. “I got to be offensive and get involved and produce points, otherwise it’ll continue to be the way it is.”

But is Gorges, who’s pointless this season, suddenly going to change his style and start producing points in his 13th year? Probably not.

Not surprisingly, Gorges’ ice time has gone down. After averaging more than 20 minutes an outing eight straight seasons, he dipped to 18 minutes, 27 seconds a year ago.

Through 11 appearances this season, he has averaged 15 minutes, 57 seconds.

There are, however, some benefits to skating a fewer minutes.