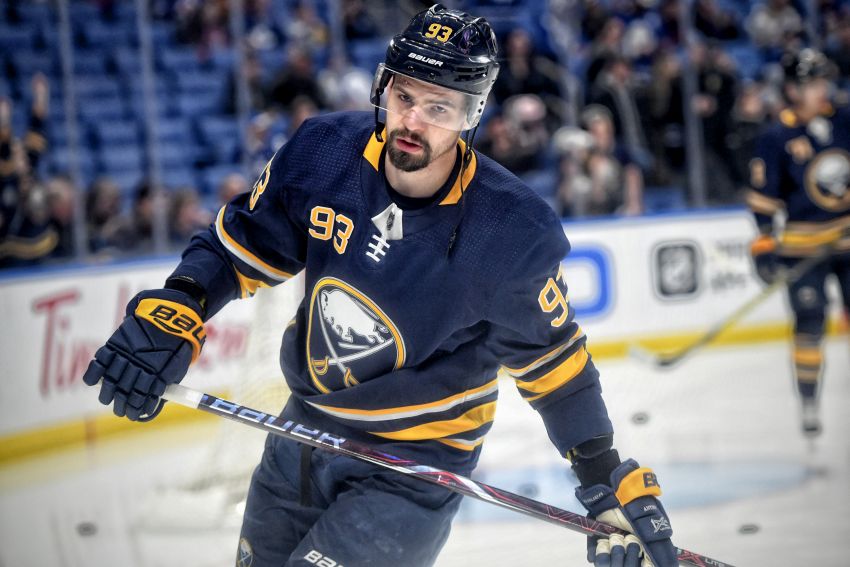 TORONTO – A seething Phil Housley paused before answering the question. The Buffalo Sabres coach clearly wanted to choose his words carefully while still expressing his anger over the NHL’s decision not to suspended Scott Hartnell.

In Saturday’s 7-4 win in Nashville, the Predators forward hit Sabres defenseman Victor Antipin from behind, knocking his head into the glass. The rookie was probably out cold before his body hit the ice.

“Well, I do know our player was taken off on a stretcher, has a broken nose, facial lacerations and missing teeth,” Housley said inside the Air Canada Centre. “So in that respect, I strongly disagree with the NHL decision.

“Am I surprised that he didn’t get suspended? Yeah?” Johnson said. “Am I also not surprised that I didn’t? Yeah. … Being a veteran guy, his job is to body check, that’s really all he does. I think he knows where he hits guys and where dangerous spots are. I think he knew that was a vulnerable spot for a player, and to hit him high, he knew the impact was going to be all in his neck and head.”

In other news, Housley said Sabres defenseman Nathan Beaulieu is sick, so Josh Gorges will play tonight after sitting out three straight games.

Gorges, 33, has been in and out of the lineup all season, playing only 32 games.

“He’s a true pro,” Housley said. “He approaches practice, he approaches the game the right way. Every time he’s been called upon he’s delivered the minutes we need from him. It just goes to show his character that being out and fighting through that difficult situation. When he’s been asked to play in the lineup, he’s been really strong for us.”

The Sabres also recalled defenseman Matt Tennyson from the AHL for insurance this morning.

Update: Tennyson will play tonight. Defenseman Brendan Guhle is out with an upper-body injury and is day-to-day, according to the Sabres.

Johnson, meanwhile, has found a groove on the road, winning four straight games and compiling a .937 save percentage.

Johnson is 7-1-1 with a 2.10 goals-against average and a .934 save percentage in his career against the Leafs.

Curtis McElhinney, the NHL’s best backup this season, will start for the Maple Leafs. McElhinney is 10-5-1 with a 1.25 goals-against average, a .933 save percentage and three shutouts in 17 games.

“Mac is a really good pro,” Maple Leafs coach Mike Babcock said. “It’s probably harder on you when you’re a kid and you think you’re going to start. Then you get it in your head and you wonder why you’re getting screwed. You’re not getting screwed, the other guys are better than you.

“If you’re ready, you’d probably play more. As you get older you understand that every day in the league is a great day and if you work every day and you’re a good person, you stay longer and probably play better.”

Jordan Nolan will be the Sabres’ healthy scratch up front.

The Sabres selected the Russian in the seventh round, 190th overall, in 2016.

The 5-foot-11, 174-pound Glotov scored a team-high 29 goals and 43 points in 64 games with the Quebec Major Junior Hockey League’s Shawinigan Cataractes this season.