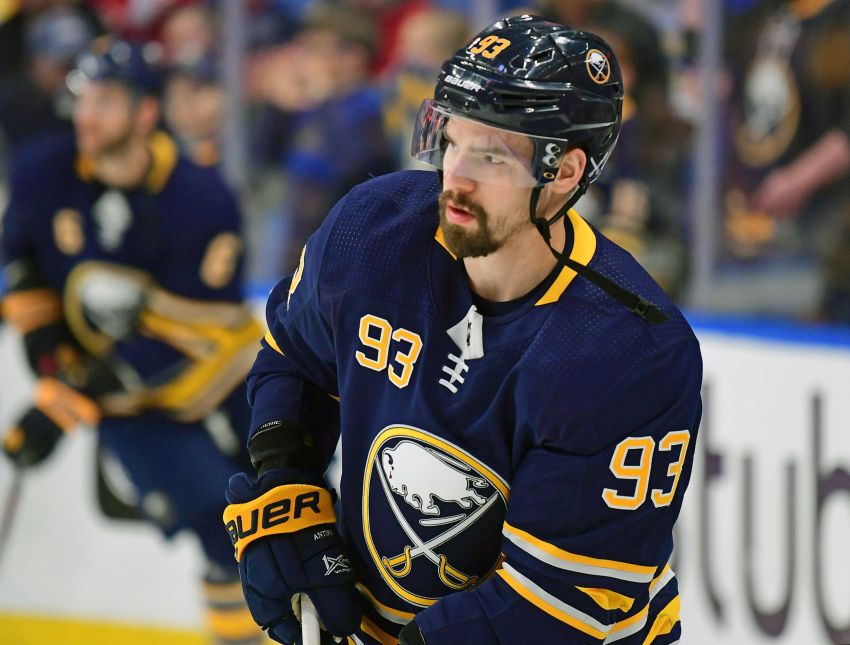 BUFFALO – Sabres defenseman Victor Antipin is out indefinitely after suffering a concussion, broken nose, facial lacerations and dental injuries when Scott Hartnell hit him into the glass in Saturday’s 7-4 win in Nashville, the team announced today.

Antipin, 25, was taken to Vanderbilt University Medical Center following the hit and released later Saturday night. The Russian traveled from Nashville with the Sabres today.

Since the Sabres have four games left the season, starting with Monday’s road tilt against the Maple Leafs, Antipin’s rookie campaign is likely over.

Hartnell, meanwhile, likely won’t be suspended. No hearing was announced today by the NHL Department of Player Safety. The veteran forward also warmed up before being scratched for the Predators’ road tilt against the Tampa Bay Lightning.

At the 14:09 mark of the second period, Hartnell hit Antipin in the back at the end boards, knocking his head against the glass. Antipin, who couldn’t brace for the hit, immediately fell to the ice and stayed motionless.

Following several minutes, he was transported off the ice on a stretcher.

“The guys rallied around Victor … and that was the difference in the game,” Sabres coach Phil Housley told reporters in Nashville.

Hartnell told reporters following the game he planned to walk to the Buffalo dressing room and let the Sabres know he wasn’t trying to hurt Antipin.

“It was just kind of a hockey play,” he said. “Those plays happen 10 to 15 times a game, and it was just an unfortunate accident.”

The Sabres scored three goals during a major penalty Saturday for the first time in franchise history, according to statistician Mike Haim.

2 thoughts on “Sabres’ Victor Antipin out indefinitely with concussion, other injuries”