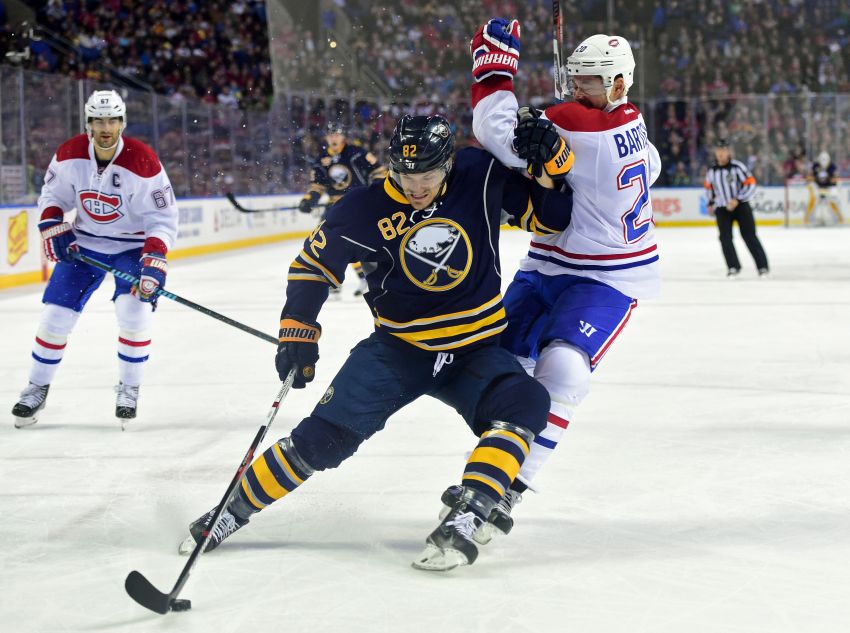 While Foligno, 24, was coming off a season in which he set career highs across the board, he earned the same salary last year.

Very quietly, the Sabres are creeping toward the salary cap for the first time in years. Generalfanager.com projects the team at $9,687,978 under the $73 million cap.

Ristolainen, the Sabres’ No. 1 defenseman, will likely command a long-term deal worth at least $5 million a season. Girgensons, often the team’s best forward two years ago, could receive a shorter deal worth $2 million or so a season.

The Sabres also want to add another defenseman and perhaps more scoring up front. If the Sabres go over the cap, they can place forward Cody McCormick on long-term injured reserve. McCormick, who makes $1.5 million, must retire because of blood clots.

The Buffalo-born Foligno could be a bargain if he builds on last season. He enjoyed his best NHL campaign in 2015-16, compiling 10 goals and 23 points in 75 games. His plus-4 rating was the highest among Sabres forwards. Following a slow start, Foligno emerged during the winter, scoring seven goals in a 20-game stretch.

The Sabres also recently gave a one-year contract to Larsson, who played well down the stretch after struggling early on.