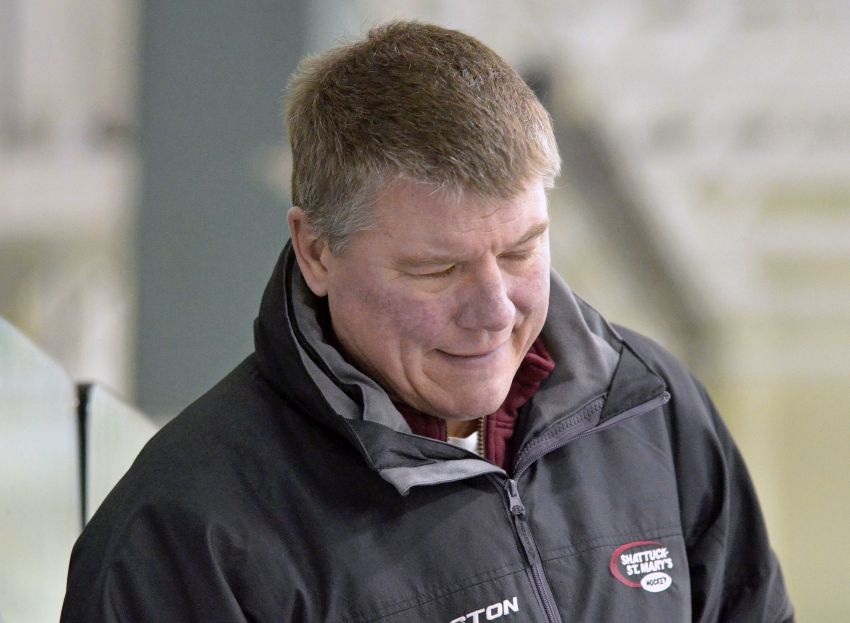 BUFFALO – The Sabres have hired Tom Ward, a top prep coach who groomed Sidney Crosby, Kyle Okposo and other future NHL players at Shattuck-St. Mary’s, as the final assistant on Dan Bylsma’s staff, the team announced this afternoon.

Ward, 52, spent the last 18 seasons as the head coach of the boys prep team at the Minnesota high school, winning nine USA Hockey National Championships and finishing as runner-up twice.

Shattuck is known for producing more NHL talent than any high school.

Fourteen current players, including Crosby, perhaps hockey’s biggest star and a two-time Stanley Cup winner with the Pittsburgh Penguins, and Okposo, who signed a seven-year, $42 million contract with the Sabres on July 1, played for Ward. So did NHL stars Nathan MacKinnon, Zach Parise and Jonathan Toews and former Sabres Jamie McBain and Drew Stafford.

In Ward’s other role in which he oversaw all the school’s programs as director of hockey from 2004 to 2016, Shattuck won 21 total national championships.

Ironically, Shattuck’s nickname is the Sabres.

Ward played collegiately at the University of Minnesota and was drafted in the ninth round by Winnipeg in 1982. He also coached in the junior United States Hockey League and was an NCAA assistant at Minnesota.

He took over Shattuck in 1999 when Andy Murray was hired as the Los Angeles Kings’ head coach.

The Sabres had to fill two assistant gigs this offseason. Dave Barr left for the Florida Panthers and Dan Lambert, the fourth assistant, was assigned to coach the Rochester Americans. The Sabres hired Bob Woods last month.

In other news, the Sabres have hired Adam Nightingale as video coach. Nightingale, 36, was director of hockey operations and video coordinator at Michigan State University for four years. He also played collegiately at Lake Superior State University and had a four-year pro career.

Nightingale’s brother, Jason, is a hockey data analysist with the Sabres.

Meanwhile, the Sabres have also re-signed forward Dan Catenacci to a one-year, two-way contract worth $575,000 and $85,000, according to capfriendly.com.

Catenacci, 23, went pointless in his first 11 NHL games last season. The former third-round pick had 11 goals and 22 points in 50 games with the AHL Amerks.

The Amerks have announced they will play a preseason game against the Binghamton Senators on Oct. 6 at HarborCenter.