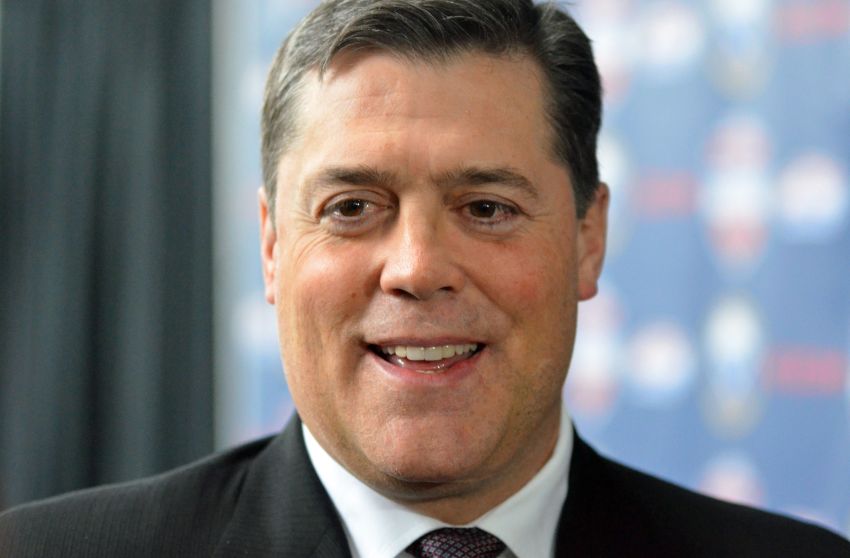 Former general manager Darcy Regier gave 19-year-old Sabres prospect Mikhail Grigorenko a roster spot during the summer. The team’s new regime didn’t believe Grigorenko was ready for the NHL yet, so the Sabres sent the Russian back to his junior club Saturday.

“We’re doing what we think is best to develop our players and care for them and what they need,” LaFontaine, the president of hockey operations, said Tuesday inside the First Niagara Center. “I really believe under the situation and all the circumstances it’s the best place for him.”

LaFontaine said the move will help Grigorenko develop properly. He wants him to skate big minutes as a first-line star, experience winning, become a leader and learn how to play a complete game.

“Once the Olympics come around, if he’s not in Rochester, he’s sitting around for 20 days,” LaFontaine said prior to the Sabres’ 4-3 loss to the Philadelphia Flyers. “A player at 19 years of age needs to develop, needs to be playing. You also want to put a player in a position to succeed. Maybe he’s played a few years already and done very well. But he hasn’t won a Memorial Cup there yet, and I know it’s a place where it’s not going to be sitting around for 20 days.”

Grigorenko can’t play in the AHL since he has junior eligibility left. Ideally, LaFontaine said, he would like the Canadian Hockey League to allow teams one exemption for a 19-year-old.

So the Sabres had to send Grigorenko back to the QMJHL, where he had 30 goals and 54 points in 33 games last season.

LaFontaine said he had a good conversation with Grigorenko on Saturday. Still, the Sabres can’t use kid gloves, he said.

“But there hasn’t been serious conversations,” LaFontaine said.

He added: “I think Teddy’s doing a super job of it right now. We want to just keep the culture growing and keep doing what we’re doing. I think as time goes on Tim will get to know Teddy and get to know the players.”

The Sabres began Tuesday’s tilt on a surprising 6-0-2 run at home. Why have they been so good recently?

“At home ice you get the last change,” Nolan said. “Your top guys don’t have to face the opposition’s top defense pair every game. In this league it’s tough to score when you got Tyler Ennis going against the top defensive pair every game. Matty Moulson getting against the top checking line every game on the road, it’s tough. So at home we have a little bit of leeway to play a little bit more.”

Is it really that simple?

“I think it is,” he said. “Plus the confines of home. You feel more comfortable here. Our fans have been great. It gives you a little bit more motivation to play in front of them.”

The Sabres on Tuesday announced a two-year deal with USA Hockey to hold the All-American Prospects Game in Buffalo. The team will also aggressively pursue the 2018 world junior championship, president Ted Black said.