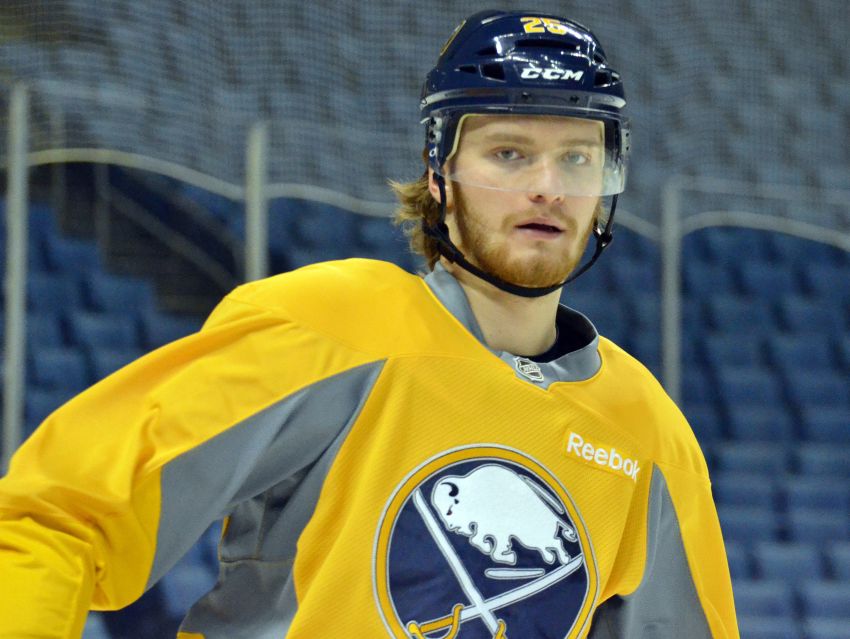 BUFFALO – Prospect Mikhail Grigorenko has informed the Sabres he will be reporting to the QMJHL’s Quebec Remparts.

The 19-year-old center initially refused the assignment to junior Saturday.

“He and I had talked about it quite a bit,” Jay Grossman, Grigorenko’s agent, told the Times Herald by phone late Sunday. “I think that it was fair to say there were some real serious concerns about the development process of this player. Going down to Quebec, he’ll have played for his seventh coach in one calendar year. I certainly have not seen that or experienced that. I don’t think that anybody would think that’s ideal.”

Grossman said he and Grigorenko wanted to discuss the situation with Sabres president of hockey operations Pat LaFontaine and general manager Tim Murray to make sure “this was examined more carefully and be sure that we were on the same page with them going forward with respect to Mikhail’s development.”

Grigorenko will be joining the Remparts early this week, Grossman said. The next step beyond the assignment hasn’t been discussed, he said.

Grossman wouldn’t comment on the KHL, a league many Russian NHL players have left to play in. Grigorenko, it should be noted, has always stated he wants to play in the NHL.