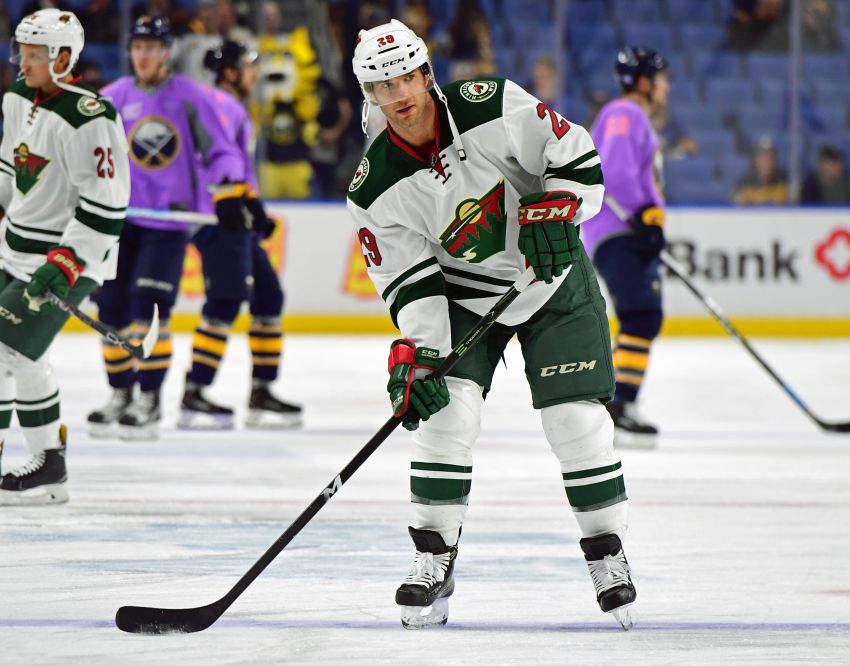 “Uh, like, Foligno, Ennis,” Pominville said Thursday prior to the Wild’s 4-0 win inside KeyBank Center. “Umm, that might be it.”

Three and a half years later, the Sabres are still struggling, trying reach the postseason for the first time since 2011. Pominville, meanwhile, has participated in the playoffs the last four seasons.

He’s no longer a first-liner. Wild coach Bruce Boudreau called him a “jack-of-all-trades.”

Pominville, however, has recently started killing penalties again and played on the power play Thursday for the first time this season, manning a point.

He has two goals and three points in eight games this season.

Notes: Twenty-five years ago Thursday, Hall of Famer Pat LaFontaine made his Sabres debut, scoring one goal and three points in a 5-1 win against the Hartford Whalers at Memorial Auditorium. … The Sabres honored equipment manager Rip Simonick with a video tribute for his 3,500th game, a milestone he reached last week. … The Sabres scratched rookie defenseman Casey Nelson for the fifth straight game. … Former Sabres forwards Zac Dalpe and Chris Stewart played for the Wild.