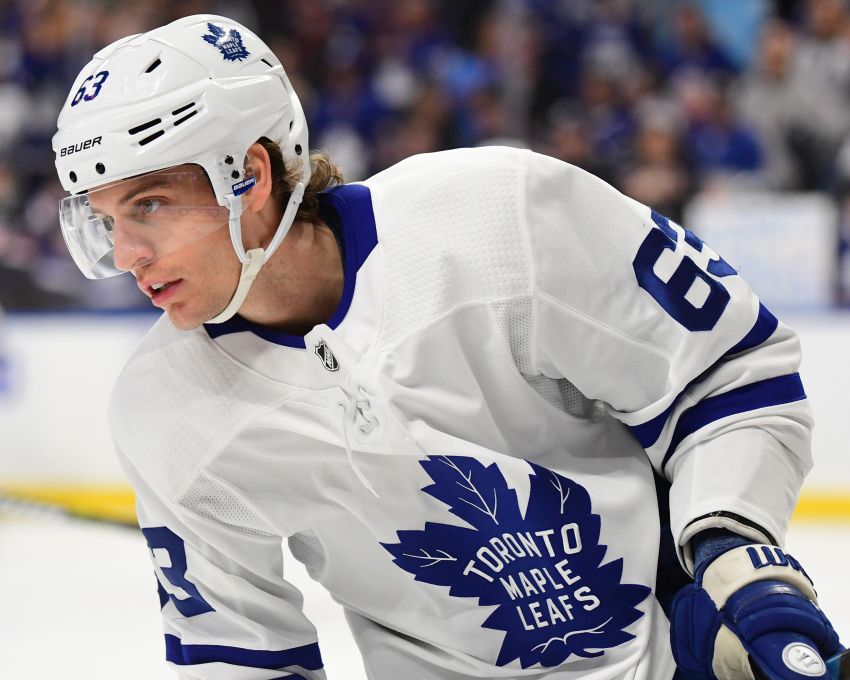 Tyler Ennis is in his first season in Toronto. ©2018, Hickling Images

“Providing depth,” Ennis said prior to Tuesday’s 4-3 overtime win against the inside KeyBank Center.

“It’s a fun team to be on, it’s a younger team,” said Ennis, who had scored four goals and eight points in 24 games entering Tuesday. “I try to provide some leadership and a good attitude and good work ethic.”

“I just really liked the speed and tenacity he brought tonight,” Housley said. “He was just a dog on a bone, in on the forecheck, stripping pucks, he never quit on anything. It was great to see him come and just bring that spark we needed.”

“He’s making the most of his opportunity,” Housley said Tuesday morning. “Obviously, the speed of the game’s a lot different than the American League, you got a lot of guys coming at you, you got to make decisions.

“Defensively, I think he’s done a really good job. He has a knack for using his instincts to find that little pocket play under pressure and he’s very comfortable with the puck. He’s got good vision, he joins the rush, he’s trying to make a difference. So it’s good to see him in his development where he is right now.

Pilut has three goals and 22 points in 16 games with the Rochester Americans this season, his first in North America after starting his career in his native Sweden.

“When I first saw him in training camp, he was outstanding, the skill set and the skating he has,” Ristolainen said. “He’s going to be real good. It was really fun to play with him (Monday).”

Ristolainen added: “I feel like we had the chemistry right away. I tried to talk to him a lot. Actually, he talked to me a lot too. I just try to make him feel comfortable and let him do his thing.”

Housley had no update on Sabres defenseman Casey Nelson, who left the game with an undisclosed injury.

Update: The Sabres sent Tennyson back to the Amerks on Wednesday morning.