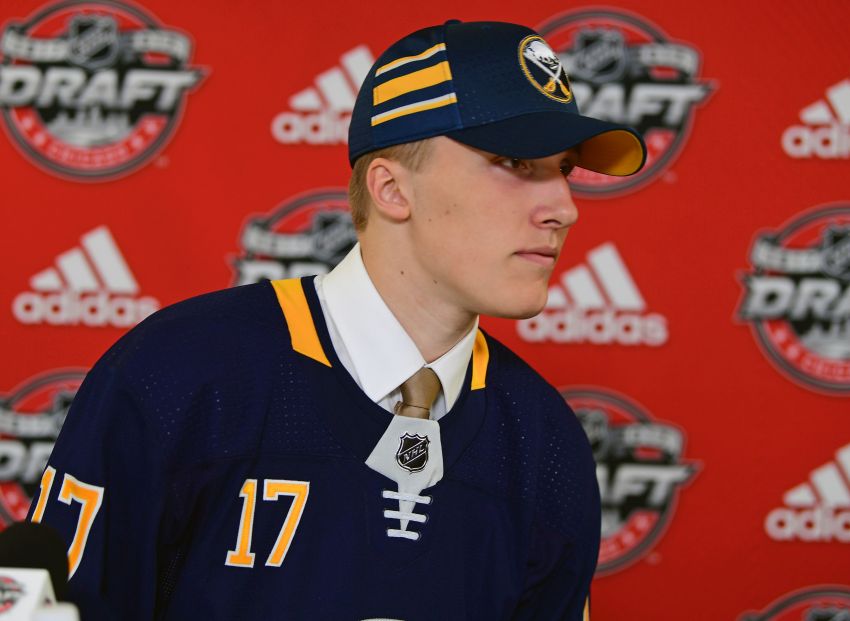 So in the second round Saturday, 54th overall, the Sabres selected Luukkonen at the NHL Draft.

“The first thing that jumps out at you is his size,” Botterill said. “I think it’s something that we talked about in the meetings. It’s always the lasting impression.”

Luukkonen had a feeling the Sabres would draft him after he met with them at the NHL Scouting Combine in Buffalo.

Luukkonen, who showcases a calm demeanor the Sabres like, said he eventually developed into a butterfly goalie who also stands up.

Now that the draft has ended, Botterill plans to hire Randy Sexton as the Sabres’ assistant GM and GM of the Rochester Americans, their AHL affiliate, according to TSN’s Bob McKenzie.

Botterill knows the 57-year-old Sexton from Pittsburgh, where he has been the Penguins’ director of amateur scouting since 2010.

Sexton served as GM of the Ottawa Senators and Florida Panthers earlier in his career. He was also Rochester’s GM with Florida.

The New York Rangers are close to hiring former Sabres coach Lindy Ruff as an assistant coach, according to the New York Post.

Ruff was fired in April after four seasons with the Dallas Stars. He was last an assistant with the Florida Panthers in 1996-97, the season before he began his 16-year run in Buffalo.

Rangers coach Alain Vigneault wants more experience on the bench, so Jeff Beukeboom will be moved to a scouting role, according to the paper.

Notes: Botterill said some teams asked him to move down in the draft. “We felt comfortable with players we wanted to select in those areas,” he said. … Eden’s Dylan Seitz, a draft-eligible forward with Ontario Hockey League’s Kitchener Rangers, wasn’t selected. … The Nashville Predators drafted Victor’s David Farrance, a defenseman set to attend Boston University, 92nd overall. … Luukkonen was Buffalo’s only pick at the draft Saturday.