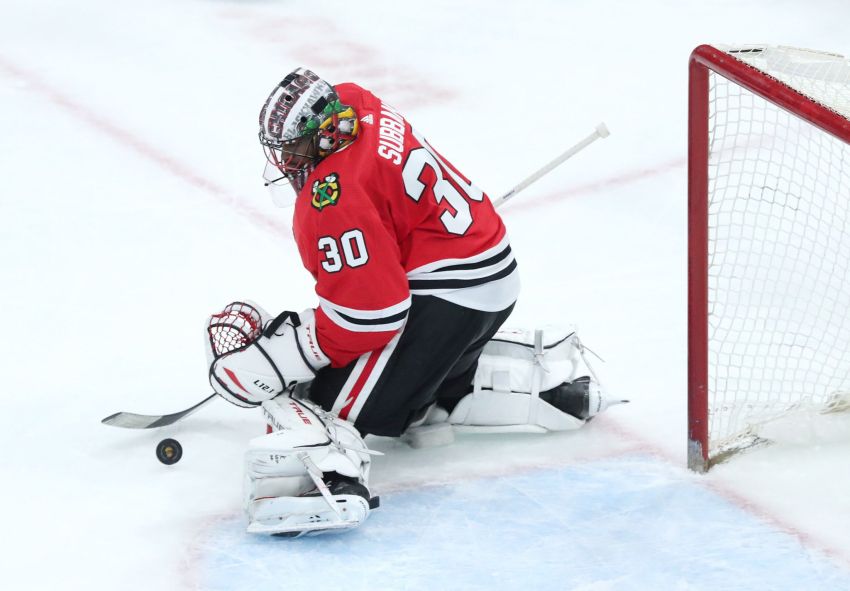 As Craig Anderson’s absence neared the one-month mark, many observers wondered when the Buffalo Sabres would address their goaltending.

While Dustin Tokarski has subbed admirably, he had never shouldered such a heavy workload in the NHL until last month. With backup Aaron Dell struggling, the Sabres have been running Tokarski ragged.

The Sabres needed another goalie, and on Thursday, shortly before Tokarski entered the NHL’s COVID-19 protocol, they found one, acquiring Malcolm Subban from the Chicago Blackhawks in exchange for future considerations.

Of course, with Tokarski unavailable – Sabres coach Don Granato said he has no timetable for a return – the Sabres suddenly had to find a goalie in a hurry.

Granato said the Sabres expect Subban, 27, to join them for today’s practice in Raleigh. Dell, 32, started Thursday’s 7-4 road loss to the Florida Panthers. Ukko-Pekka Luukkonen, who was recalled from the Rochester Americans earlier in the day, backed him up.

Tokarski, 32, is the first Sabres player to be placed in the league’s COVID-19 protocol this season. Naturally, there’s concern he won’t be the last. Granato said everyone on the team has been tested.

In Tokarski’s absence, Subban, the 24th overall pick by the Boston Bruins in 2012, will likely receive his first NHL action this season.

“All the reports I’ve heard, I’m excited about him,” said Granato, whose Sabres play a road game Saturday against the Carolina Hurricanes. “So I don’t know him, I’ve never coached him, but the reports are great. There’s an enthusiasm just within our room and our staff because of him. So I’m looking forward to it.”

Subban has compiled a 2-2-1 mark with a 3.38 goals-against average and an .893 save percentage in five outings with the Rockford IceHogs, Chicago’s AHL affiliate, this season.

He is in the final season of a two-year, $1.7 million contract. His brother, P.K., is a defenseman with the New Jersey Devils.

Granato said Luukkonen, the Sabres’ top goalie prospect, might’ve played against the Panthers if he hadn’t traveled Thursday. The Finn, 22, arrived in Florida a few hours before the game.

“They’ve gone through, obviously, testing there, so we know UPL’s status was good when he came,” Granato said. “So we have peace of mind in that.”

To make room for them, the Sabres scratched Anders Bjork and John Hayden.

Meanwhile, after sitting out one game to rest a nagging injury, defenseman Jacob Bryson replaced Will Butcher.