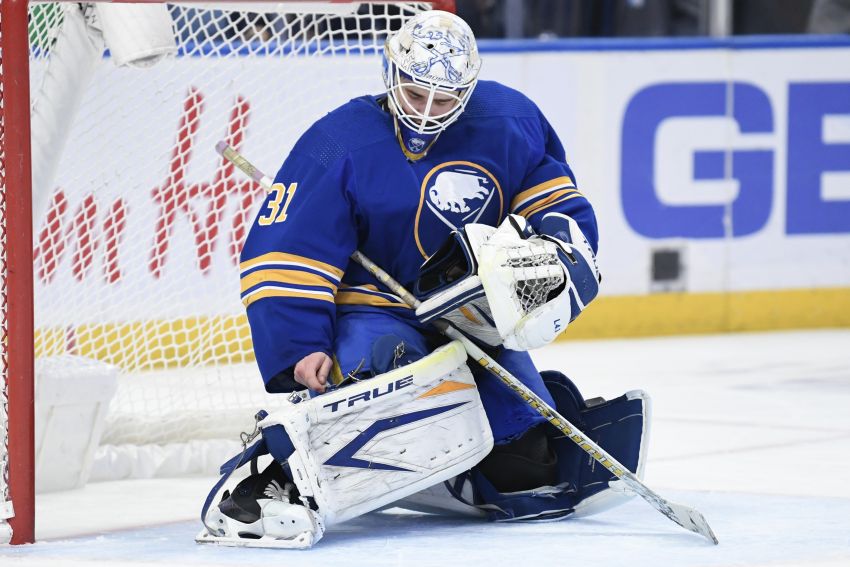 The Buffalo Sabres this afternoon announced goalie Dustin Tokarski has been placed in the NHL’s COVID-19 protocol.

Tokarski, 32, is the first Sabres player to enter the league’s protocol this season. To replace Tokarski, the Sabres have recalled goalie Ukko-Pekka Luukkonen, 22, from the Rochester Americans.

The Sabres, who play a road game tonight against the Florida Panthers, also acquired goalie Malcolm Subban earlier today from the Chicago Blackhawks.

Aaron Dell, who was yanked from his last outing, is the Sabres’ other goalie.

Stay tuned for updates. With No. 1 goalie Craig Anderson injured (upper body), Tokarski has been handling most of the goaltending duties.

Dell, 32, was starting to find a bit of a groove before the poor outing. Granato said Dell has handled the last week well.

“He doesn’t pout,” he said. “He has a focus and puts his energy toward where it should be, and where I’ve seen that specifically is practice. He’s elevated his compete and work ethic and everything, his intent, in practice. Based on that, we felt comfortable with him playing tonight. I feel like he’s prepared himself very well because of that.”

Granato said there’s no timeline for Tokarski’s return. Luukkonen has joined the Sabres and will dress as the backup tonight.

Subban is expected to join the Sabres for Friday’s practice in Raleigh.

In other lineup news, after sitting out one game to rest a nagging injury, defenseman Jacob Bryson will replace Will Butcher.