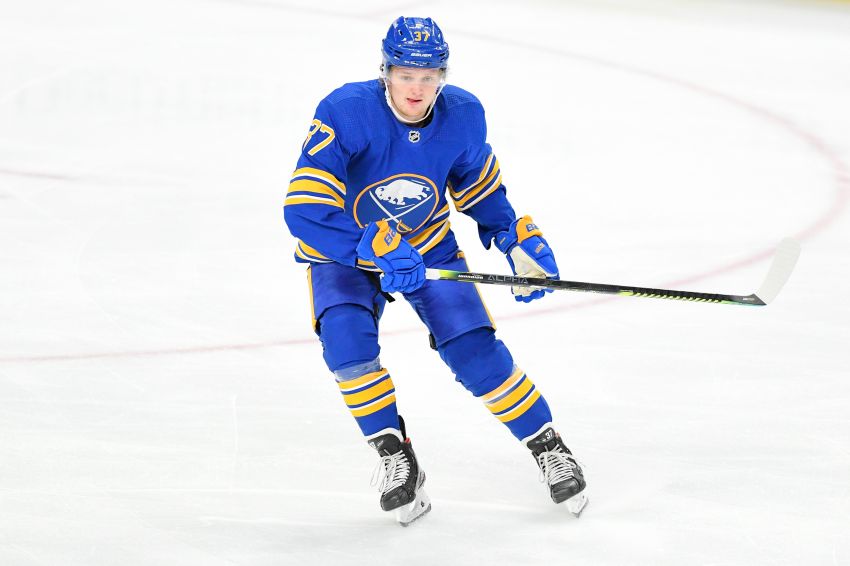 Granato said the Sabres don’t have a timeline for Mittelstadt’s return. He expects the Mittelstadt, who visited a specialist Thursday, will play again this season.

Mittelstadt, 23, suffered his second upper-body injury this season about six minutes into the third period of Tuesday’s 2-0 loss to the Anaheim Ducks. After getting injured opening night, he missed the next 21 games.

Granato doesn’t know if Mittelstadt reinjured his previous problem. He said the latest injury is in the area of the first one.

In other injury news, goalie Malcolm Subban skated with his teammates this morning, his first session since suffering an undisclosed injury in Saturday’s 6-2 loss to the Carolina Hurricanes.

Granato, who Sabres host the New York Rangers tonight, said Subban could be an option for Saturday’s game against the Washington Capitals at KeyBank Center.

“I don’t have a report on him post-skate,” Granato said. “So he went into the skate with the thought after we would evaluate, could be 100 percent.”

Granato said defenseman Robert Hagg, who has missed the last two games with an undisclosed injury, will sit out again tonight.

“I’m going to hold out today with the only concern we play back-to-back,” Granato said. “Fully expect him in there tomorrow. Just didn’t feel comfortable, personally, putting him in a back-to-back situation upon return.”

Here are the lines and pairs from this morning’s skate.

Will Butcher and Mark Pysyk