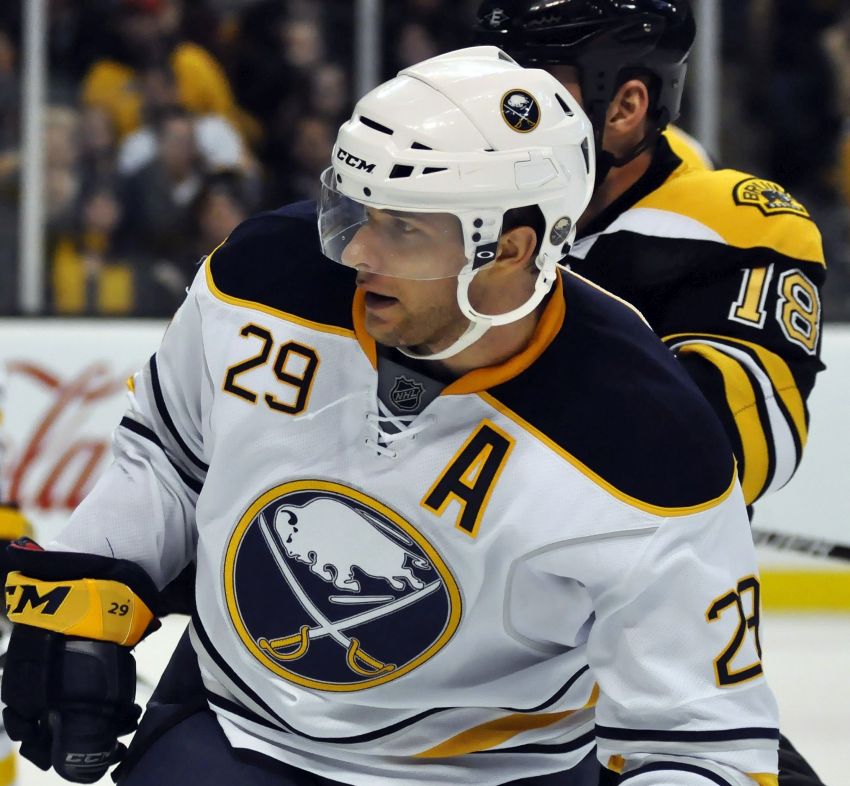 “From zero to 60 pretty quick,” Pominville said after the Sabres prepared for tonight’s preseason tilt against the Pittsburgh Penguins at Penn State.

But in his first days back with the Sabres, Pominville has also seen the other ways Eichel’s dynamic talents allow him to dictate the play.

“He likes to take his time with the puck, slow the game down, take a couple strides and he’s already full speed,” Pominville said this morning inside KeyBank Center.

For tonight, his first game with the Sabres since April 2, 2003, Pominville has a plum role skating on the right wing beside Eichel and Evander Kane.

While it’s just an exhibition contest, wearing blue and gold in game action again will be special for Pominville, who spent his first eight seasons in Buffalo.

Sabres coach Phil Housley put Pominville, who was reacquired from the Minnesota Wild on June 30, on the No. 1 line early in training camp. Given Pominville’s past exploits – he has 261 NHL goals and 662 points and dependability, it’s not a stretch to think the line could see some regular-season action.

Pominville hasn’t thought that far ahead. Still, he knows he can help Eichel and Kane in different ways.

“I have the history of being able to produce (offensively),” Pominville said. “But at the same time, I feel I can bring some responsibility to the line defensively, making sure that we don’t get caught.”

Here are the rest of tonight’s forward lines and defense pairs from left to right:

Goalie Chad Johnson will start and be backed up by Adam Wilcox. Housley said Johnson will be evaluated after 40 minutes, so Wilcox could play.

“We just want to see what they have to offer,” Housley said. “With the numbers, I thought it was a good idea to see them in another environment and how they can adjust to a back-to-back game. This is an important time for those players.”

It’s also an important time for Antipin, who will make his NHL preseason debut. So far, the Russian free agent has impressed Housley.

“What I’ve really liked is he’s in the video our D coach Chris Hajt and asking questions and reviewing,” said Housley, who called Antipin a “student of the game.”