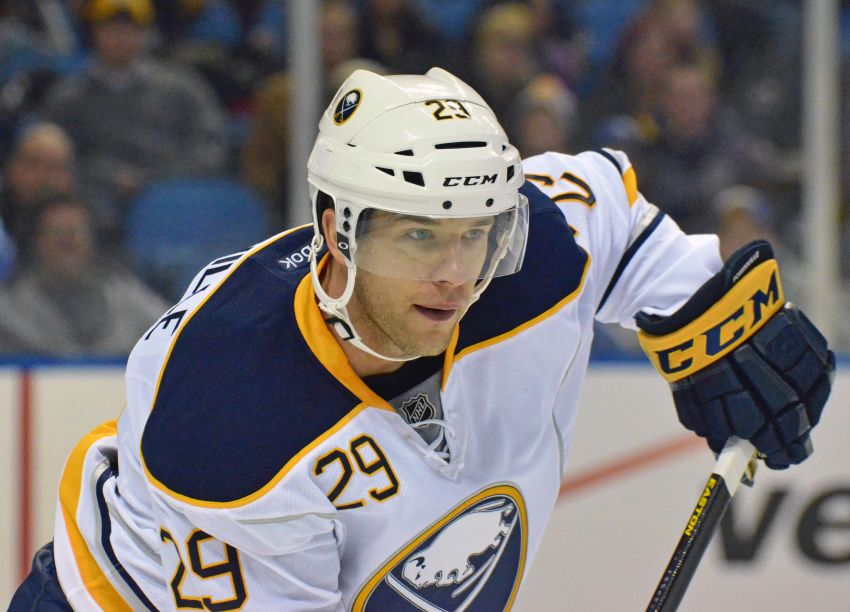 As the friends caught up, Williams mentioned Sabres defenseman Jake McCabe, who had worn Pominville’s old No. 29 since 2014, texted him and said he wanted to switch digits.

“He said McCabe sent him a text and was like, ‘Well, I guess I’m going to change my number. I wanted to change it anyway, so I’m going to go to 19,’” Pominville said Thursday following a late-summer skate.

Pominville, who has sported 29 his entire NHL career, including eight seasons here, couldn’t believe McCabe would simply give up his number.

Pominville texted McCabe to see if he wanted to keep the number.

“He was like, ‘No, I wanted to change it anyway,’” Pominville said. “It was pretty funny. He said, ‘I think more people have your jersey anyway than mine. I’ll change to 19.’ So I was like, ‘Alright, I guess I owe him a dinner or something.’”

No money changed hands. McCabe said he was given 29 when he entered the league. He prefers 19, his regular number before he reached the NHL. Cody Hodgson and Cal O’Reilly have worn 19 in recent seasons.

“(Pominville’s) been in the league a long time, he was obviously here for a long time, was captain of this team,” McCabe said. “I know a lot more fans have 29 Pominville jerseys than 29 McCabe jerseys. Nineteen was my number for a long time, so it made sense.”

He added: “I know the fans here will be happy about it.”

Pominville jerseys were a popular item during his first run here, which ended when the Sabres traded him in April 2013. Years after the winger left, fans still wore his jersey to games and around town.

Now, more will be grabbing them from their closets.

“I’ve seen some already,” Pominville said of his jerseys. “A lot of (the fans) I talk to say (they) got a good investment with my jersey.”

What would Pominville have done if McCabe refused to change numbers?

“I don’t even know,” he said. “I never really thought about it, but I might’ve just switched the numbers or figured something out.”

For Pominville, 34, returning to Buffalo, a place he holds close to his heart, has been special. He recently bought a house and arrived in town Sunday.

In just a few days, the reaction from the community has “amazed him,” he said.

“I haven’t been gone that long, but I’ve been gone for almost five years,” Pominville said. “Just people recognizing me and saying stuff to me, it’s been amazing. I’m really touched with everything people have been saying to me. I’ve always loved the community and loved being around the city, stuff like that.

“For me to be gone almost five years and get that kind … of recognition when people see me, it’s pretty amazing.”