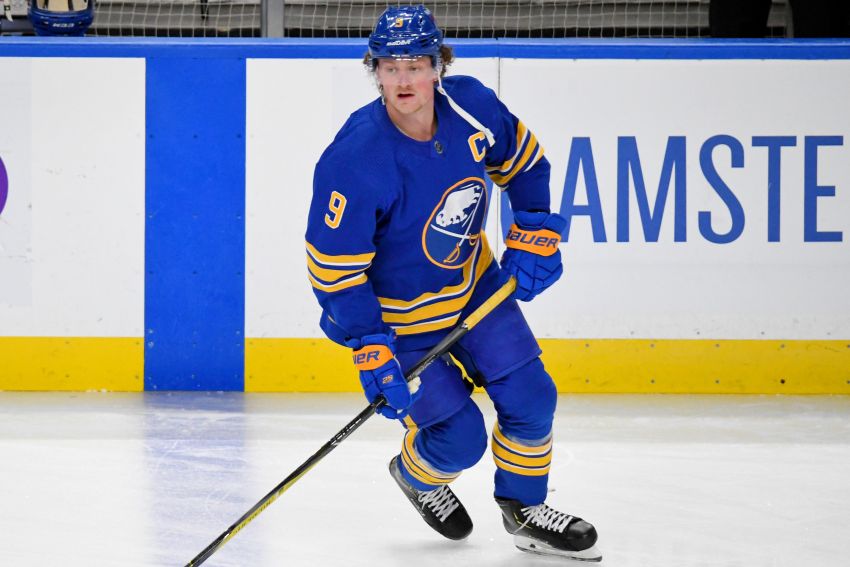 “He said he felt good, he was feeling better,” Granato said on a Zoom call this morning. “I don’t think it would be season-ending. So I know we’re all working to get him back. (I) do not have a timetable on it as of today.”

Eichel appeared to hurt his neck March 7 when the New York Islanders’ Casey Cizikas hit him behind the net.

The Sabres have struggled without Eichel, their top center and offensive catalyst, losing every game and scoring only 16 goals.

In other injury news, defenseman Jacob Bryson will miss tonight’s game with an undisclosed injury and is day to day, Granato said. The rookie stumbled into Bruins star David Pastrnak’s lower body late in Saturday afternoon’s 3-2 loss in Boston.

Granato said Bryson feels sore and is starting to progress.

Meanwhile, Granato said goalie Carter Hutton is week to week with a lower-body injury and forward Rasmus Asplund could return to practice in a few says because his upper-body injury is progressing.

Granato said Asplund was in “high pain” after getting hurt in Tuesday’s 5-2 loss to the Pittsburgh Penguins.