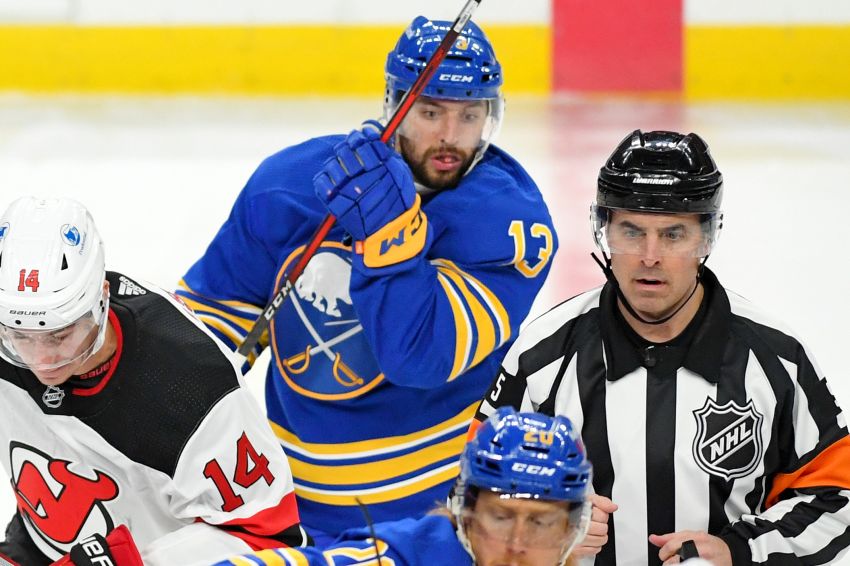 BUFFALO – When Sabres winger Tobias Rieder learned earlier this month he had tested positive for COVID-19, the news shocked him.

The German felt fine. He figured the result couldn’t be correct.

“But sure enough, a couple hours after I could feel the symptoms,” Rieder said prior to Monday’s 3-1 loss to the New York Islanders at KeyBank Center, the Sabres’ first outing since Jan. 31.

Rieder, 28, said he experienced “a rough couple days.” Even after he felt better, he was forced to sit idle. The NHL prohibits anyone on the COVID-19 protocol-related absences list from working out at home.

“You don’t do anything for 10 to 12 days, that’s pretty hard,” Rieder said on a Zoom call. “But every day it gets better and I felt pretty good today on the ice.”

Rieder felt well enough to face the Islanders despite having just one team skate – Monday’s light morning session – under his belt. He took his normal regular spot at left wing on the third line beside center Cody Eakin and Kyle Okposo.

Sabres defensemen Jake McCabe and Brandon Montour, both of whom acknowledged they tested positive for COVID-19, also returned Monday morning but did not play.

McCabe said he had symptoms for about five days. Montour said he felt symptoms and experienced “a pretty tough couple of weeks there.”

“It certainly wasn’t any fun, but (I’m) feeling a lot better here the last little while,” McCabe said. “So it’s great to be back in the building.”

McCabe and Montour are still on the absences list. Sabres defenseman Rasmus Ristolainen and forwards Dylan Cozens, Curtis Lazar and Casey Mittelstadt are also on it.

To replace McCabe and Montour and fill a spot up front, the Sabres recalled defensemen Will Borgen and Brandon Davidson and winger Steven Fogarty from the taxi squad before the game. Borgen and Davidson hadn’t played a game at any level since March 11.

The Sabres also summoned forwards Rasmus Asplund and Andrew Oglevie from the Rochester Americans and assigned them to the taxi squad.

Fogarty, the Amerks’ captain, skated at left wing on the fourth line beside center Riley Sheahan and Tage Thompson.

On Monday, the New Jersey Devils, the Sabres’ last opponent before their COVID problems began, returned to practice. At one point, the Devils had 19 players on the absences list. That number is down to four.

The Devils had 5 players on the list when they started their weekend series against the Sabres on Jan. 30. The next day, the NHL placed Devils winger Kyle Palmieri on the list, yet the game was played.

McCabe, the Sabres’ union representative, refused to say if any discussions were held about postponing the second game against New Jersey on Jan. 31.

Notes: Winger C.J. Smith, who practiced in Rieder’s spot over the weekend, did not skate Monday morning or play. … Winger Sam Reinhart missed the morning skate but played. An upper-body injury sidelined Reinhart two games before the Sabres’ COVID pause. … Jeff Skinner, who has spent most of the season on the fourth line, skated at left wing beside top center Jack Eichel and Victor Olofsson.