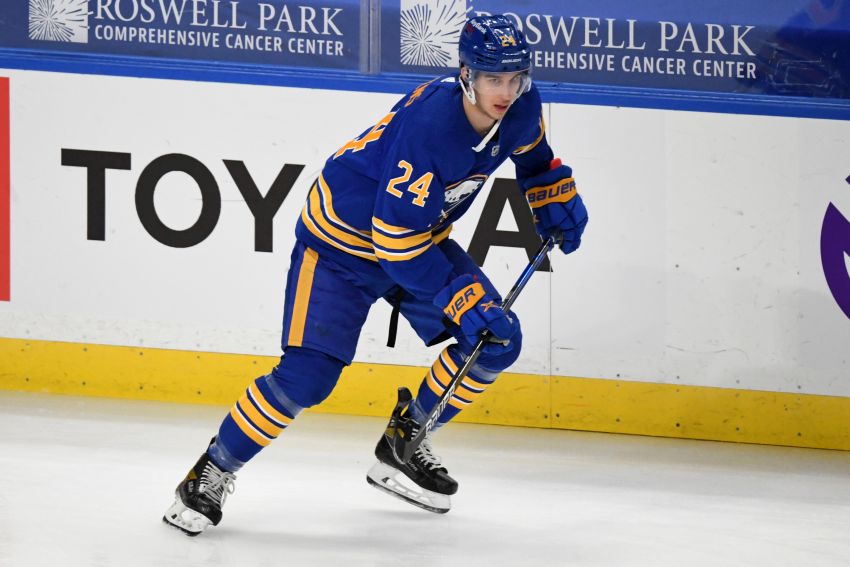 BUFFALO – Buffalo Sabres rookie center Dylan Cozens suffered what appeared to be a left arm injury and will not return to tonight’s game against the Philadelphia Flyers.

Cozens departed after Flyers defenseman Philippe Myers checked him into the left boards deep in the Philadelphia zone 11:43 into the game.

Right now, the Sabres have a dearth of center talent. They traded Eric Staal to the Montreal Canadiens on Friday. Jack Eichel, meanwhile, has missed the last 11 games battling an upper-body injury. The

Update: Interim coach Don Granato did not have an update on Cozens following the Sabres’ 4-3 overtime loss.