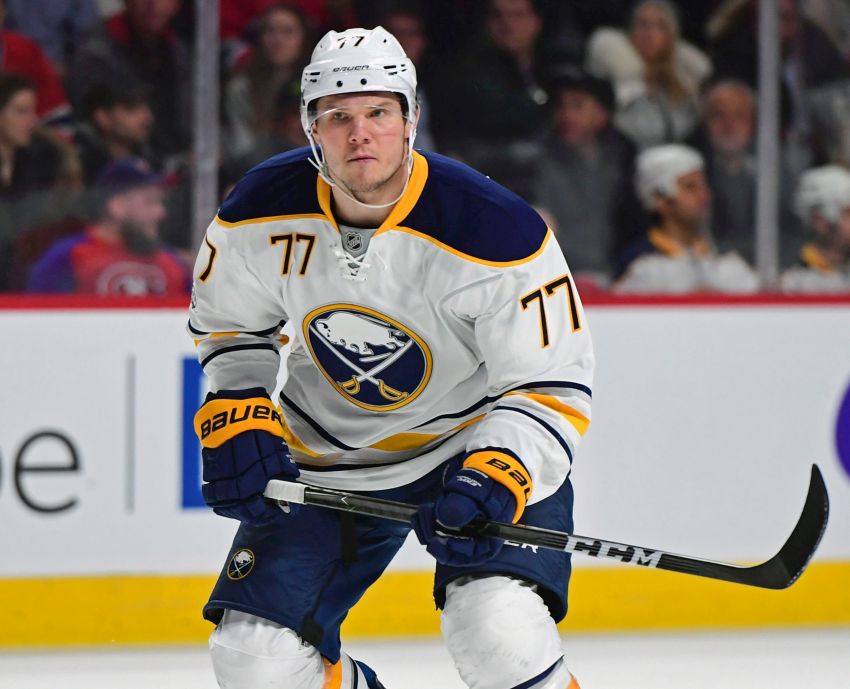 BUFFALO – In his first and probably only season here, defenseman Dmitry Kulikov has performed so poorly – the Russian has one goal, two points and a wretched minus-15 rating – the Sabres couldn’t even get a late-round pick for him before Wednesday’s trade deadline.

So for 19 more games, starting with tonight’s tilt against the Arizona Coyotes, the Sabres have Kulikov. Of course, that doesn’t mean coach Dan Bylsma will play him.

“I had a discussion with him today post-deadline,” Bylsma said this morning inside KeyBank Center. “He’s a guy that needs to play better. … He potentially, yes, could come out of the lineup if he doesn’t find his game here in the last 19 games.”

Kulikov has battled a lower-back bruise since getting knocked into an open bench door in his preseason debut, an injury that has limited him to 37 games. The first half of the season, he said, “there was always something bugging me with that injury.”

Kulikov figured to draw interest before Wednesday’s deadline because he has a strong body of work. Not even a year ago, he was a stud during Florida’s opening-round playoff series.

In other news, thanks to no activity Wednesday, there were some relieved players in the Buffalo dressing room this morning.

Captain Brian Gionta and defenseman Cody Franson, who both said they wanted to stay, got their wish.

“To not have it happen, I was very happy,” a smiling Franson said.

Gionta, who could only be dealt to five teams, said Murray called him Wednesday.

Check back later for more from the veterans.

In other news, Sabres goalie Robin Lehner will start tonight, his 45th nod this season. The rest of the lineup will be announced later, Bylsma said.

The Sabres used these new lines this morning from left to right:

Ennis, who has only one assist in the last seven games, earned a promotion from the fourth line up to the top trio.

“You’re seeing more from Tyler that you need to see,” Bylsma said.

“The last two big games have been pretty painful, and they’ve been painful at the end,” Bylsma said.

He added: “We need to play better defense. We need to be committed to play on the right side of the puck and playing the right way to close out hockey games, and that’s what I need from everybody – Ryan O’Reilly and Kyle and Jack.”

One thought on “Sabres’ Dmitry Kulikov close to getting scratched”