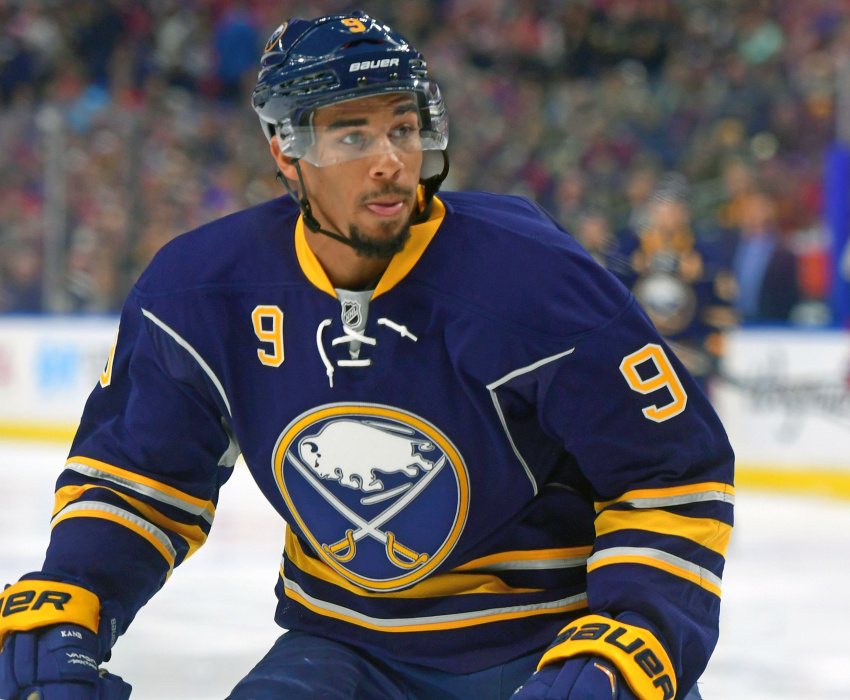 Thirteen games into the season, the Sabres are the only team without a goal from a defenseman.

“I could care less if I score one goal in a season,” Franson said Wednesday prior to the Sabres’ 2-1 shootout loss to the Ottawa Senators. “For me, assists, getting pucks there for other guys to score are just as important as how many goals I have.”

Said Bylsma: “Not necessarily concerned that they don’t have a goal.”

“We need to get better at … using our defensemen, getting them involved more in our five-on-five game offensively,” he said. “If we had one or two or three goals right now, that would still be the case.”

Bylsma added: “We’re very good at generating offense at below the top of the circles and down low. But we need to get all five guys involved and contributing in the offensive zone.”

Of course, an occasional goal would help the Sabres’ anemic offense. They had scored only 25 times, just 2.1 goals a game, entering Wednesday’s tilt inside KeyBank Center.

Eight of the defense’s 14 assists have come from Rasmus Ristolainen, who had nine goals last season. Four defensemen are still pointless. The group has combined for 75 shots on goal.

“I think there’s been a lot of shots, a goalie’s made a big save,” said Franson, who has three assists and 21 shots. “I think … we’ve done a good job of getting pucks to the net.”

“It hurts every offensive side of the game,” Franson said of the injuries. “You lose your skill guys, you aren’t as creative in the offensive zone. … Things get simplified a little bit. You try to play a little bit more meat and potatoes, if you will, and that style is getting people in front of the net and getting shots there.”

Kane, out since Oct. 13, will likely have to endure some pain on the ice.

“It’s healed enough to where I can play and come back,” Kane said Wednesday morning. “I’m sure there’ll be a little bit of pain throughout the course of the next couple weeks.”

Fasching, out the last four games with a groin injury, is “right on the cusp of being ready to go,” Bylsma said.

Kane has been working out rigorously with assistant coach Dennis Miller. Kane felt so good last week he told Bylsma he would be ready for Wednesday.

Kane wore a flak jacket to protect his ribs.

Meanwhile, Eichel, out since Oct. 12, was examined by a doctor Wednesday, Bylsma said. Eichel could begin “progressing in workouts” soon, Bylsma said.