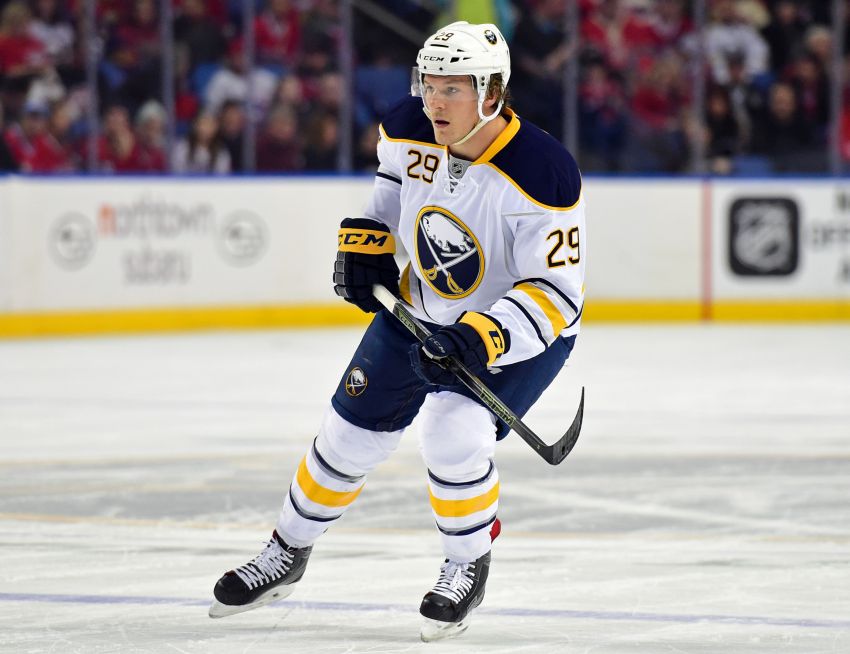 Flyers defenseman Radko Gudas, who has a reputation for questionable hits and has been suspended by the NHL once, won’t have a disciplinary hearing. Meanwhile, Catenacci missed Friday’s exciting 6-4 win against the Montreal Canadiens.

“Gudas steps up into that hit without any other possibility than to hit his head first,” Bylsma said Friday morning inside the First Niagara Center. “That’s the way I saw it in my mind’s eye (Thursday) night.”

Sabres winger Marcus Foligno, who fought Gudas earlier in the game after an iffy hit, said he was “disappointed” the Czech won’t face any discipline.

With Catenacci out, the Sabres recalled forward Phil Varone from Rochester, where he has 12 goals and 26 points in 38 games with the Americans. Varone, 25, had one goal in four NHL games earlier this winter. To make room for Varone, the Sabres placed Catenacci on injured reserve.

Sabres defenseman Carlo Colaiacovo played his first game Friday since Jan. 5. Incredibly, it was only his second appearance since Dec. 7.

Colaiacovo, a likable veteran to Sabres signed for depth, patiently waited for his opportunity, Bylsma said. Friday was Colaiacovo’s 21st game this season.