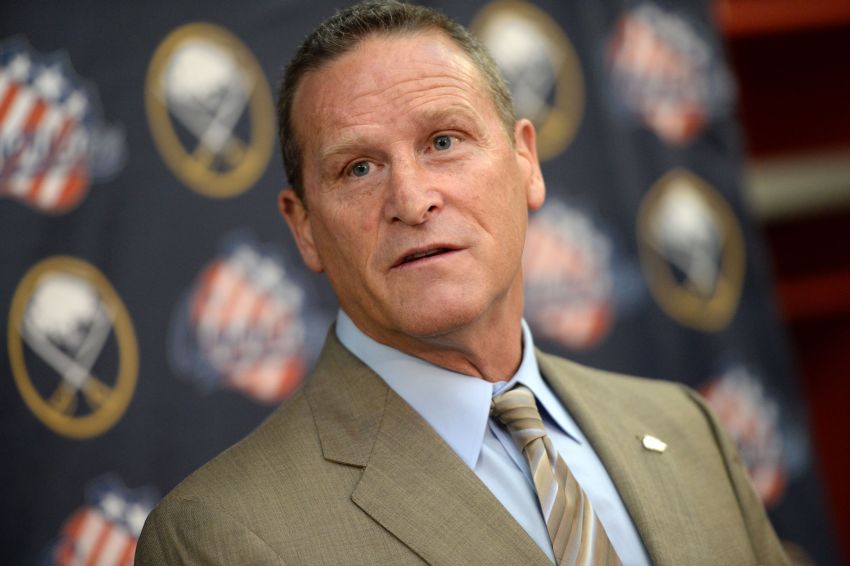 ROCHESTER – For three years, wherever Randy Cunneyworth went, he was asked the same question.

“I don’t think there was a person I came across that didn’t mention, ‘Are you going to get back into coaching or not?’” Cunneyworth recalled Wednesday after being introduced as the Rochester Americans’ new coach inside the Blue Cross War Memorial.

Cunneyworth enjoyed his player development job with the Buffalo Sabres – “I’m into whatever I’m doing,” he said – but coaching was “always prevalent on my mind.”

The 54-year-old had spent his entire post-playing career as a coach, including eight seasons with the Amerks, until the Montreal Canadiens fired him following a 50-game run as interim coach in 2011-12.

Cunneyworth missed running his own bench. In his role working with prospects, he couldn’t see if he had made an impact until years later.

“At least as a coach you know what you have right away,” he said. “You got what you have, you try to make it a better product out there, win games.”

He added: “You get your own footprint. You get out there and you try to make a difference personally.”

So when Sabres general manager Tim Murray approached him about the open job with the AHL affiliate, Cunneyworth expressed interest. The two had a “general discussion” at the end of development camp earlier this month. On Tuesday, the Sabres officially named Cunneyworth coach.

For Cunneyworth, who started and ended his playing career with the Buffalo organization and has made Rochester his home since 1983, another homecoming to the Sabres is special.

“It started with the Buffalo Sabres, for them drafting me, first of all, just allowing me to be involved,” he said. “Then going away and making me feel welcome to come home again. I’m very grateful.”

The excitement around the Sabres organization and Buffalo helped draw Cunneyworth back. He mentioned the buzz owners Terry and Kim Pegula have created and the developments around Buffalo.

“When I go to Buffalo, I see a totally different town core,” he said. “I see an exciting team that is about to come into the fold. I think you see the new things going on about the city, I think we can do the same thing here.”

The Sabres sent a strong message they want to win in Rochester by signing three scorers earlier this month: forwards Jason Akeson and Cal O’Reilly and defenseman Matt Donovan. O’Reilly has a one-way contract worth $700,000 a season, a massive sum for an AHL player.

“Tim has made it very clear what the mandate is, and it involves a lot of winning,” Cunneyworth said. “We have to be ready to win. We’ve always said over the years, when you win, it certainly helps in the development.”

The Amerks haven’t won a postseason series since 2005. They missed the playoffs last season, when they played the second half of the year with a lineup mostly devoid of prospects or notable AHL talent. Former coach Chadd Cassidy was fired in May.

Cunneyworth said he would like to keep assistant coach Chris Taylor and goalie coach Bob Janosz, although nothing is finalized.

McPherson spent most of last season in Rochester, scoring three goals and eight points in 44 contests.

3 thoughts on “Randy Cunneyworth happy to be back coaching Amerks”