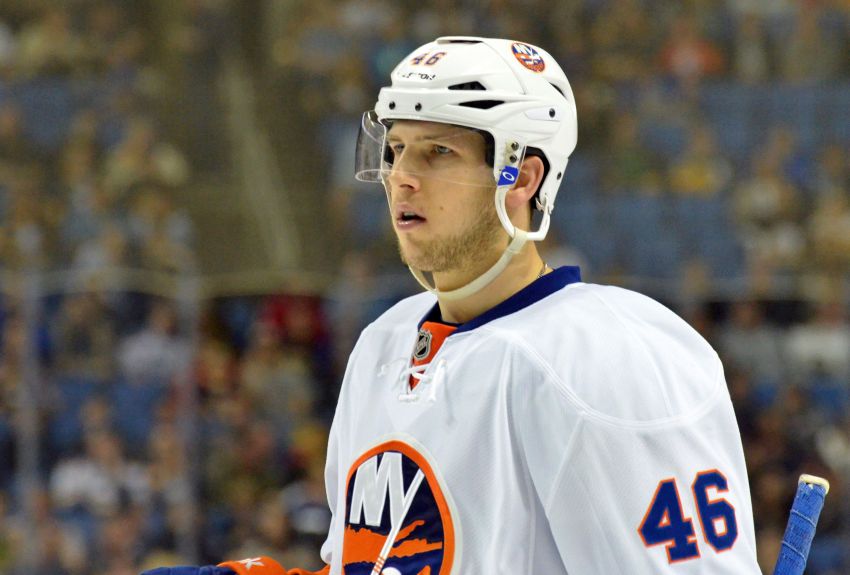 BUFFALO – Growing up in Oklahoma, Matt Donovan never thought about playing in the NHL, a league far away from Edmond, the Oklahoma City suburb he grew up in. Besides, no one from the Sooner State had ever cracked hockey’s best league.

“Being in Oklahoma, no kid really had that dream,” said Donovan, a defenseman who signed a one-year, two-way contract with the Sabres on Wednesday.

But Donovan was drawn to the game. His father, Larry, a Boston native, operated Blazers Ice Centre. Donovan and his friends would hang out all day at the rink and hop on the ice whenever they could.

“It’s just one of those things where I loved the game and I loved it being unique and so hard,” Donovan said.

Donovan eventually developed into the state’s best prospect. Since Oklahoma couldn’t offer older competition, he left in high school to play in Dallas. He finally grasped he had a future in hockey when, as a 17-year-old, he joined the United States Hockey League and saw players getting drafted.

“I realized it could be something I want to spend my life doing and make it to the top,” he said.

The New York Islanders drafted Donovan 96th overall in 2008. He played two seasons at the University of Denver before becoming the first Oklahoman to play in the NHL on April 3, 2012.

“No one’s really ever made it to the top,” he said. “I was lucky enough to be the first one to do it.”

Donovan offers the Sabres, who wanted a left-handed shot, an intriguing option on the blue line. The 25-year-old has spent most of the past two seasons with the Isles, playing 64 games. He’s a top-tier point-producer in the AHL, compiling 32 goals and 119 points in 180 games.

“I’m think I’m a puck-moving defenseman,” Donovan said. “I like to jump into the play a lot. I consider myself an offensive defenseman, kind of a power-play guy.”

An opportunity to make the Sabres out of camp drew Donovan to Buffalo.

“I just needed a change of scenery,” he said. “I was unrestricted. I had a couple options. I think … there’s a lot of opportunity with Buffalo. They’re a young team and they made a lot of big moves this offseason. I think they’re going to be a good team going forward.”

Just a chance to play would likely be welcomed by Donovan, who spent all of the 2014-15 with the Isles, yet endured one of the oddest seasons of any NHL player. He played just 12 games, meaning he was a healthy scratch a stunning 70 times.

After scoring two goals and 16 points in 52 games in 2013-14, Donovan lost his spot in training camp when the upstart Isles acquired defensemen Johnny Boychuk and Nick Leddy.

“Obviously, I couldn’t complain too much,” Donovan said. “I was in the NHL. But it was definitely difficult.”

Naturally, watching so much hockey took its toll on Donovan. As the season dragged on, he tried to stay positive, be a good teammate and wait for his opportunity. Coaches told him he was doing good things.

It was all difficult to handle, however.

He added: “It’s one of those things where you have to be happy and optimistic that you’re in the NHL and you’re living a dream that most people can’t say they’ve done.”

Especially someone from Oklahoma.