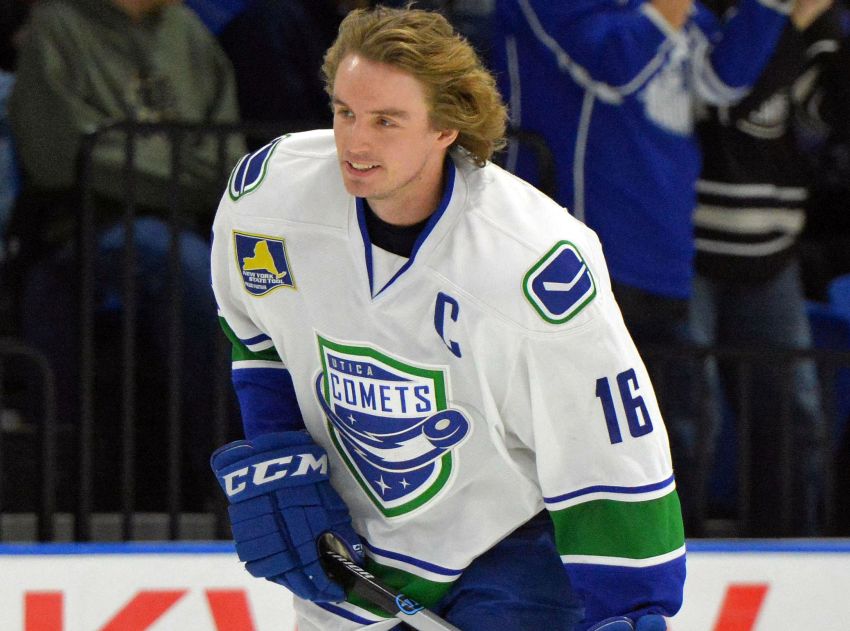 BUFFALO – The Sabres have signed an O’Reilly. It’s probably not the one you’re thinking of, however.

The team inked center Cal O’Reilly, Ryan O’Reilly’s older brother, to a two-year, one-way deal worth $700,000 per season this afternoon, according to TSN’s Bob McKenzie.

Cal O’Reilly, an AHL star, has 13 goals and 41 points in 113 NHL games with Nashville, Arizona and Pittsburgh. The 28-year-old spent last season with the AHL Utica Comets, scoring 10 goals and 61 points in 76 games.

The Sabres traded for Ryan O’Reilly on Friday in a blockbuster deal with Colorado. The team reportedly is working on massive long-term extension with him.

Update: The Sabres have also signed Matt Donovan, a left-handed defenseman, to a one-year deal, according to TSN’s Frank Seravalli. The 25-year-old has two goals and 19 points in 67 NHL games with the New York Islanders.

Donovan could be ticketed for Rochester. Having compiled 32 goals and 119 points in 180 contests, he’s one of the AHL’s top point-producing defensemen.