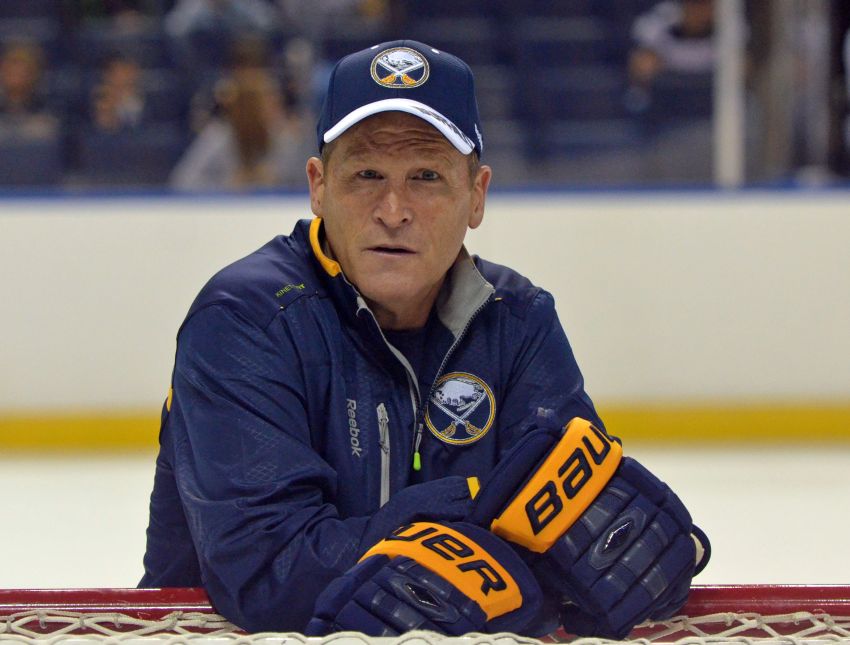 BUFFALO – As the summer dragged on and the Rochester Americans’ coaching job remained open, one name kept popping up in rumors: Randy Cunneyworth, who had coached the Sabres’ AHL affiliate for eight seasons before moving up to the NHL.

Cunneyworth appeared to be the logical choice. The 54-year-old, a noted talent developer, was already a special assistant and a player development coach with the Amerks. He’s familiar with Buffalo’s prospects and the organization.

Sure enough, the Sabres general manager Tim Murray named Cunneyworth Amerks coach today. Chadd Cassidy, a holdover from the Darcy Regier regime, was fired in May.

“We are happy to have Randy Cunneyworth move into the role of head coach of the Rochester Americans,” Murray said in a statement. “Randy has already established himself as a valuable member of our hockey department in his previous role as development coach, and his track record for winning in the AHL and developing young players make him the ideal candidate to lead the Amerks.”

Murray had toyed with an out-of-the box idea for Rochester’s coach he never revealed.

Perhaps most importantly, Cunneyworth groomed prospects for the NHL. Most of the young talent that buoyed the Sabres to the Eastern Conference final in 2006 and 2007 – most notably Brian Campbell, Ryan Miller, Jason Pominville, Derek Roy and Thomas Vanek – played under him.

Cunneyworth served as Montreal’s interim coach for 50 games in 2011-12 and was also an assistant with the Canadiens and the Atlanta Thrashers. He spent one season coaching Montreal’s AHL affiliate, the Hamilton Bulldogs.

He played parts of 16 seasons in the NHL, including 38 total games over two stints with the Sabres, who drafted him 167th overall in 1980. He played his final three NHL games in the 1999 Stanley Cup final. He spent most of his final two seasons as a player in Rochester.

Buffalo has been named one of five finalists to host the 2018 world junior championship. Chicago, Pittsburgh, St. Louis and Tampa are the other cities. The Sabres hosted the tournament in 2011.