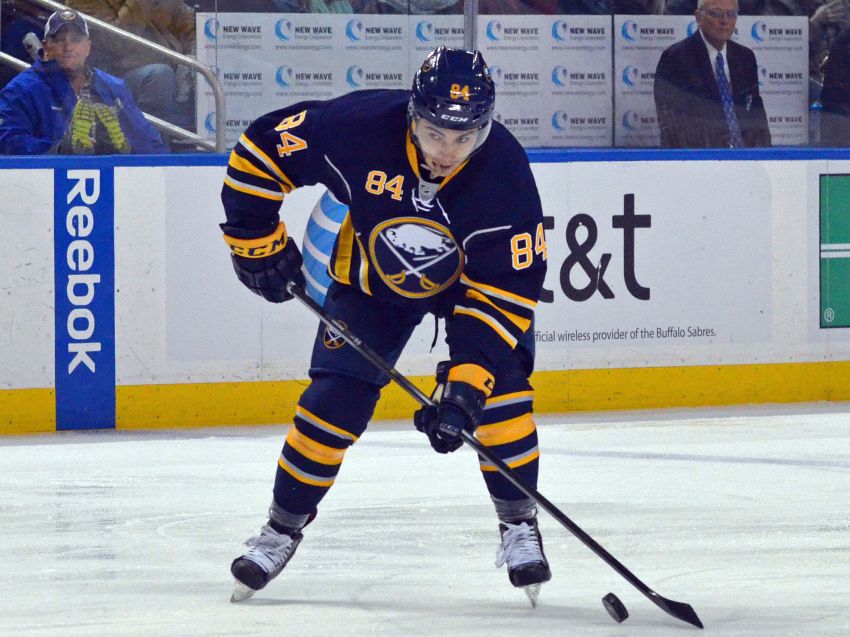 But Varone, who will play in today’s preseason opener in Washington, couldn’t convert a slew of scoring opportunities he generated.

“The difference between him and (Martin) St. Louis and players of that caliber who’s a smaller structure, when they have an opportunity to put it, they put it in,” Nolan said this morning inside the First Niagara Center. “All of a sudden, it just kind of flows. I liked his games that he played up here. He had some chances. If he puts his chances in, it’s a different story.”

Varone can write his own story this preseason. The Sabres have openings on the third and fourth lines. Nolan’s willing to keep anyone who impresses him.

A goal tonight against the Capitals could boost Varone’s chances of making the Sabres.

Varone, Rochester’s leading scorer with 61 points last season, believes he can force his way onto the roster.

“It seems like they have a pretty open mind about roster spots, and as a player, that’s all you can really ask for,” Varone said. “I’m grateful for the opportunity tonight to play.”

What did Varone learn last season?

“Just how detailed the league is, how you got approach each game,” he said. “You can’t take any games off in this league. I think you pick up little things. I’m actually happy I got those nine games because I think I’ll have a bit more confidence tonight. I’ll be able to do a little bit more things with the puck.”

“There is a couple spots on this team to be won, and I don’t believe in somebody on the team that deserves to be losing his job,” Nolan said. “But if somebody takes his job, it’s a different thing, and that’s what healthy competition is all about during the preseason. I don’t really buy into the assumption that everybody’s ticketed certain places. That’s why you play the game.”

“Grigorenko, he’s had a first couple days, he looked tremendous, he looked really good,” he said. “Now we’re going to see how he looks against competition.”

Nolan said Karabacek, the 49th pick in June, has earned the right to play.

“The way he competed and the way he worked, as we’re trying to say here, ‘Certain things are earned, not given,’” he said. “So he earned a right to stick around here for a few more days.”

The Sabres will use three alternate captains tonight – Benoit, Ellis and Weber – instead of having a captain.