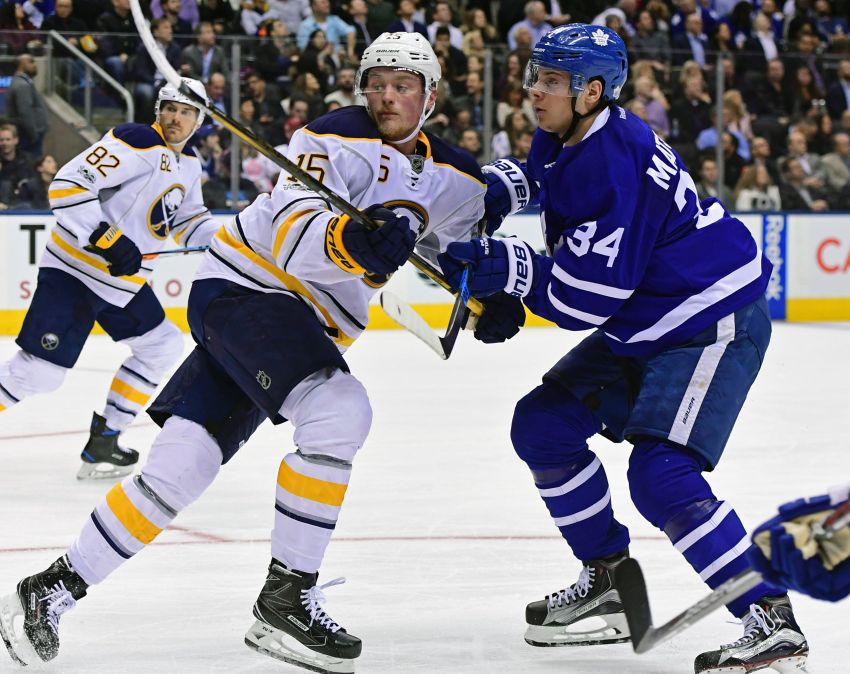 Few, however, expected the upstart Leafs would be this good this soon. After Tuesday’s Tuesday’s 4-3 win over the Sabres, their ninth victory in 11 games, they have 50 points, good for third in the Atlantic Division, a playoff spot.

“You can hear the excitement across the border with where they’re at,” Sabres coach Dan Bylsma said Monday inside the Air Canada Centre.

Meanwhile, the Sabres, who emerged from their rebuild long before the Leafs, rank last in the division, seven points behind their closest rival.

Somehow, Matthews, the new face of the Leafs, has been better than many people expected. The Arizona-raised center, 19, already has 22 goals and 38 points in 42 games. The rookie has 16 goals in the last 23 contests.

“We were going through a stretch where we were winning games and people were saying we were going to be another lottery (team),” Matthews said Tuesday. “Now we’re a playoff team. There’s obviously ups and downs.”

“I thought it was just a rebound off the goalie,” Fedun said Tuesday. “But I guess they ruled when he had his paddle down that counted as possessing the puck.”

Fedun has 11 assists in his NHL career, including six in a career-high 16 games this season.

The Princeton product has meshed well with the Sabres, showcasing his strong ability to dish the puck, especially on the power play.

Notes: Sabres defenseman Cody Franson played his 500th NHL game. … Bylsma said defenseman Josh Gorges, out the last six games with a hip injury, will see a doctor in the next day or two.