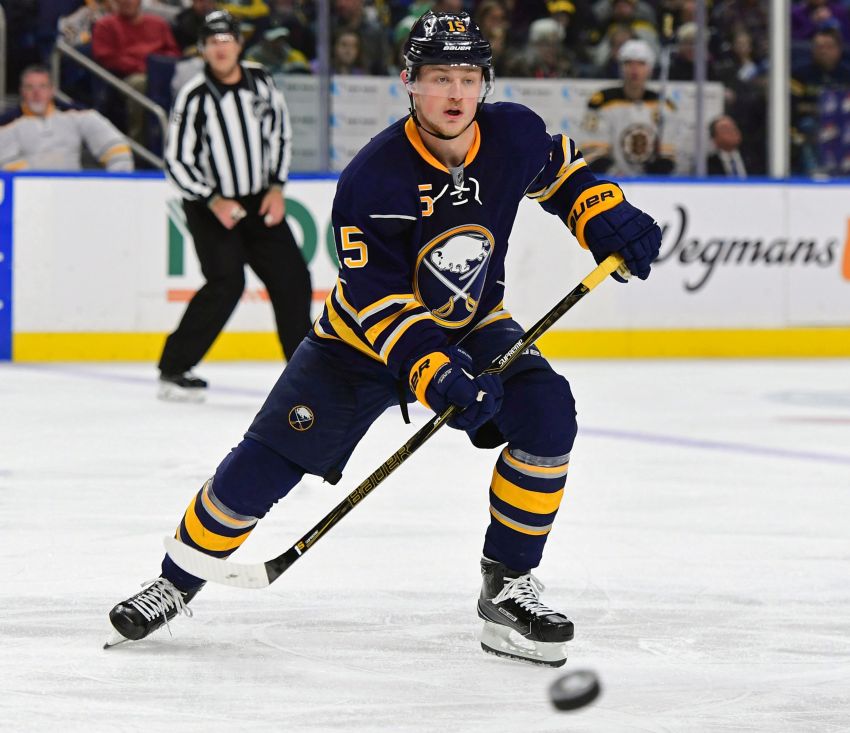 BUFFALO – A day after the reeling Sabres’ sixth loss in seven games, an embarrassing 3-1 setback in Boston that made Jack Eichel lose his cool, the second-year center was still ticked off.

“As a whole team, everyone needs to look in the mirror and we all need to get a lot better,” Eichel said this afternoon following practice inside KeyBank Center.

Saturday afternoon’s loss to the Bruins felt more like a 6-0 defeat than a two-goal game. Following the tilt, Eichel reportedly erupted, throwing his equipment and cursing before storming out of the dressing room.

The incident, Eichel said, “was a little bit blown out of proportion.”

Still, the Sabres’ struggles clearly have left Eichel seething. What needs to change for the last-place Sabres?

“Everything,” Eichel said bluntly. “Power play, I mean, we have a five-on-three, we don’t score. It’s not good enough. Penalty kill, we continue to put pucks on the other teams’ stick on the kill. Five-on-five, we don’t score enough goals, either.”

The Sabres are 16th in the 16-team Eastern Conference, just 13-15-8. At this point, the playoffs look highly unlikely.

“I’m sure not giving up on this, and I don’t think anyone else is,” Eichel said. “Have we pissed away some good opportunities for ourselves to put ourselves in a good position? Yes. It’s still a lot of hockey to be played.”

Check back later on more from Eichel.

In other news, the Sabres center Johan Larsson stayed in a Boston hospital dealing with the dislocated left wrist and dislocated elbow he suffered early after Adam McQuaid hit him. Larsson is out weeks.

“Real big loss,”Bylsma said. “He’s quietly and not so quietly become … a tough guy to play against. He battles hard every night for us, and he’s been a leader in really having that grit and determination in our game. You felt it even in the game (Saturday).”