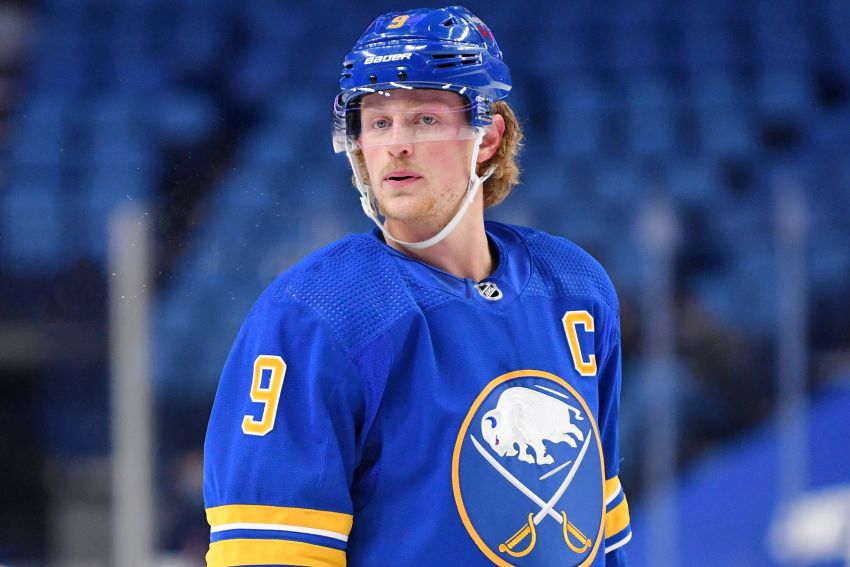 But on Wednesday, the Sabres announced Eichel, 24, will miss the rest of the season recovering from a herniated disc in his neck.

The Sabres expect Eichel will be healthy and ready for the start of next season. Interim coach Don Granato said he doesn’t know if Eichel needs surgery.

“Very difficult,” Granato said on a Zoom call Wednesday of Eichel’s season ending. “Knowing him as a person, his commitment, his character and he’s playing through it. It’s not something you want exposed, obviously, because it’s such a competitive environment. That’s information you don’t want the opponents to have, obviously, for his safety.

“It’s a bummer. It is. You just hope for him to feel better every day and improve every day.”

Eichel, the Sabres’ top center and offensive threat, hasn’t played since the New York Islanders’ Casey Cizikas hit him behind the net March 7. He has missed the last 19 games.

The American has spent the last six weeks rehabbing. Shortly after hurting his neck, he traveled out of state for another assessment of the injury.

Eichel compiled two goals, 18 points and a minus-9 rating in 21 games during his frustrating season. He missed the early portion of training camp recovering from a rib injury, according to The Associated Press. He also missed two games in late February battling a lower-body injury.

He mustered zero goals and nine assists during his final 13 outings.

With Eichel out, Casey Mittelstadt, Sam Reinhart and rookie Dylan Cozens will likely remain the Sabres’ top three centers. All three have spent most of the season playing wing.

The Sabres close their three-game road trip Thursday against the Washington Capitals.

Granato did not have an update on Sabres goalie Linus Ullmark, who left Tuesday’s 3-2 shootout loss to the Boston Bruins after gloving a shot 4:54 into the game.

“I thought Dustin really rose,” Granato said of Tokarski’s sixth appearance. “He looked more comfortable last night than he has in previous games, despite him playing well in previous games. It just looked like he tracked the pucks better, limited second chances better, controlled his rebounds better. He read the shooters much better last night I felt than his previous starts.

“When I’ve spoken about his competitiveness and drive, that was clear and evident last night coming into that situation.”

Ullmark has been the Sabres’ backbone this season, compiling a 9-6-3 record with a 2.63 goals-against average and a .917 save percentage in 20 games.

The Sabres recently lost all 15 games Ullmark missed while recovering from a lower-body injury.

The rest of the Sabres’ goalies have a combined record of 1-19-4.