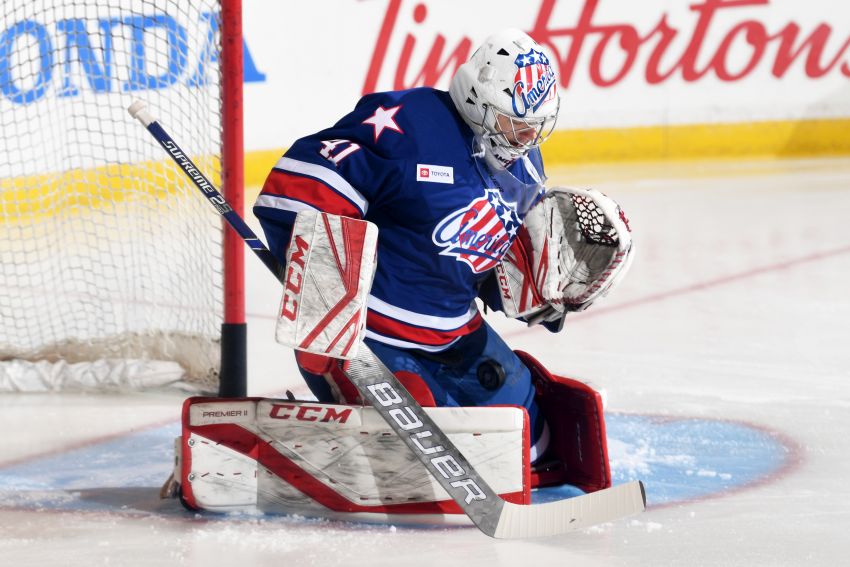 BUFFALO – The Sabres have signed goalie Michael Houser to a one-year, $700,000 contract, the team announced today.

The Sabres placed Houser, 28, on waivers this afternoon, a standard procedure when a player who had an AHL contract inks an NHL deal. Houser has served as Ukko-Pekka Luukkonen’s backup this season, playing zero games.

Why did the Sabres suddenly signed Houser? Another goalie move could be made soon. Jonas Johansson, who has played seven games this season, isn’t practicing this afternoon inside KeyBank Center.