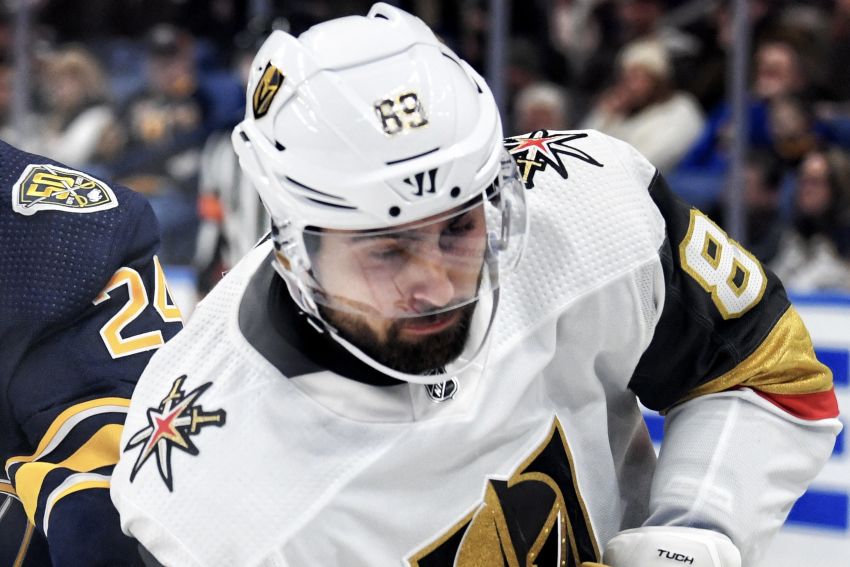 BUFFALO – Sabres coach Don Granato acknowledged that, yes, he has thought about what his lineup might look like when some of his injured players get healthy.

So Granato knows where he could put center Casey Mittelstadt and winger Alex Tuch, both of whom skated with the Sabres this morning, when they’re healthy. It was the first session with the Sabres for Tuch, who underwent offseason shoulder surgery.

Mittelstadt, who had his first contact session, was the Sabres’ No. 1 center before suffering an upper-body injury Oct. 14. In his absence, Tage Thompson has emerged as the Sabres’ top pivot, scoring 10 goals in 21 games.

So Mittelstadt’s return, of course, would create matchup problems for the opposition.

The Sabres will be without Mittelstadt for at least one more game. He will miss tonight’s contest against the Seattle Kraken at KeyBank Center.

Granato said Mittelstadt, who joined his teammates on the ice Wednesday, could return on the Sabres’ road trip later this week. They play the Florida Panthers on Thursday and the Carolina Hurricanes on Saturday.

“We will have two practices before our first game on the road in Florida,” he said. “I think those will give us a real good gauge as to the probability or not of that happening.”

Meanwhile, Tuch has no timeline for a return. He skated in a gold non-contact jersey.

Tuch, who was acquired from the Vegas Golden Knights in the Jack Eichel trade on Nov. 4, is listed as month to month on the team’s injury report.

“I was itching to get back on the ice,” Tuch said. “I’m just kind of coming every day with a positive attitude, try to uplift the guys and put a smile on a couple guys’ faces and bring some positive energy to the ice. So I was hoping I was able to do that today. Looks like everyone was buzzing around.”

Meanwhile, Granato did not know if center Mark Jankowski, who signed an NHL contract Sunday, will play tonight. Jankowski skated as an extra this morning.

“We went through the skate, we had yesterday off, so we’re kind of taking an inventory of some guys, a couple of bumps and bruises that we’re trying to iron out and make a decision,” Granato said.

Update: Defenseman Jacob Bryson is scratched tonight and will be replaced by Will Butcher.

Here are the lines and pairs from the morning skate.