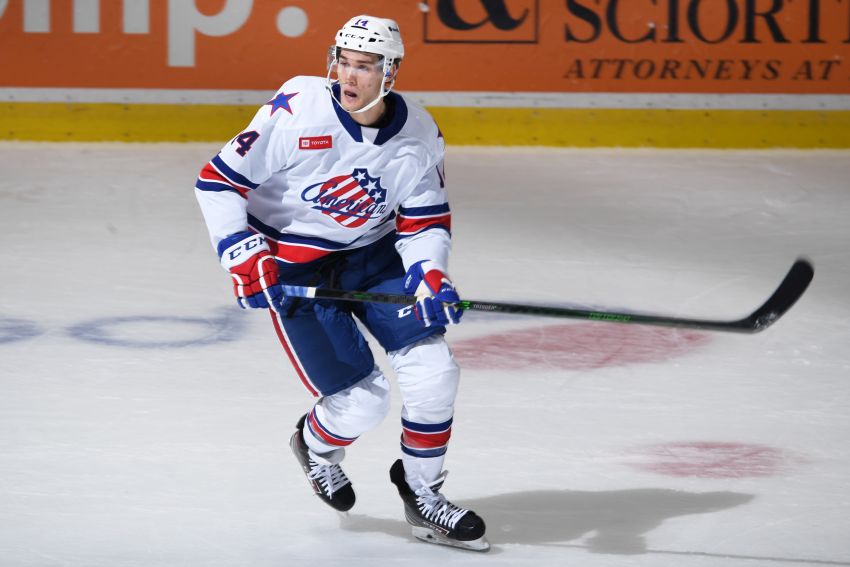 The Buffalo Sabres added center depth today, signing Mark Jankowski, who had been playing on an AHL deal with the Rochester Americans, to a one-year, $750,000 contract.

The Sabres also sent forward Arttu Ruotsalainen, a healthy scratch four of the last five games, to the Amerks.

Jankowski, 27, is on the NHL roster, so he could make his Sabres debut in Monday’s home game against the Seattle Kraken at KeyBank Center.

The 6-foot-4, 210-pound Jankowski joined the Amerks on Oct. 15 after attending training camp with the New Jersey Devils on a tryout.

Jankowski, the 21st overall pick by the Calgary Flames in 2012, has compiled five goals and 12 points in 13 games with the Amerks this season. He spent all of last season with the Pittsburgh Penguins, recording four goals and 11 points in 45 contests.

Prior to this season, other than a six-game stint in 2017-18, Jankowski had spent the last four years in the NHL. He has scored 45 goals and 65 points in 253 career NHL outings.

Jankowski’s signing allows the Sabres to give Ruotsalainen, 24, ice time in the minors. After playing 14 straight games, the Finn recently lost his spot. When he returned for one game last week, Sabres coach Don Granato put him at left wing instead of center, the position he had played all season.

Ruotsalainen has compiled two goals and four points in 16 outings this season. He started last year with the Amerks, recording five goals and 13 points in 13 games.