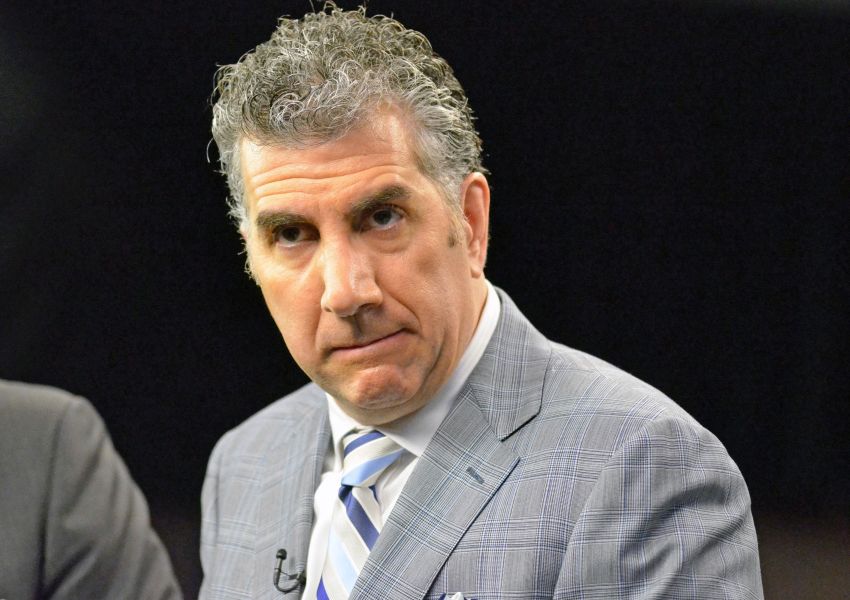 Why? The Sabres already possess two cornerstones at critical positions.

“When you start with (center) Jack Eichel and you’ve got a (defenseman like) Rasmus Ristolainen, you’ve got the framework for something to really move significantly ahead with,” said Button, the Calgary Flames’ GM for three years in the early 2000s before becoming a TSN analyst.

To Button, a “stud centerman” and a “top-notch defenseman” are “two of the hardest pieces to find anywhere in the sport of hockey.”

That talent wasn’t enough to help the Sabres secure a playoff spot this season. Instead of building on their 27-point improvement in 2015-16, they regressed, finishing with three fewer points.

The Sabres have reportedly interviewed seven GM candidates, and they recently spoke to Pittsburgh Penguins associate GM Jason Botterill, a former Sabre, a second time, according to Sportsnet’s Elliotte Friedman.

Pegula recently said he regrets not being involved in the search when the Sabres hired Murray in early 2014. It’s one of many gaffes Pegula has made during his more than six years as owner. The team has only made the playoffs once under his watch, just months after he assumed control.

Still, the passion Pegula and his wife, Kim, have showcased over the years will be meaningful for the new GM, Button said.

“When you start with that base of passion and desire to be the best, we all can veer off the road a little bit at times, but you know that they want the best, and that’s good for somebody coming in there, too,” he said.

Adam Nightengale, the Sabres’ video coach under Bylsma last season, has taken a similar position with the Detroit Red Wings.

The Sabres announced Tuesday the NHL Scouting Combine will remain in Buffalo through 2019. The team began hosting the annual showcase of draft-eligible prospects at KeyBank Center and HarborCenter in 2015.