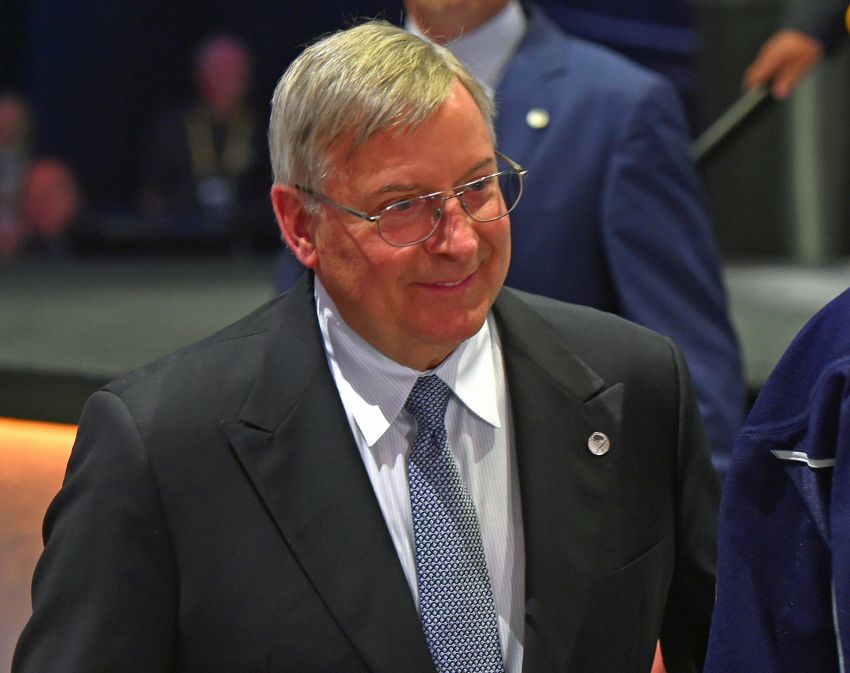 BUFFALO – Before Sabres owner Terry Pegula, and his wife, Kim, spoke in depth with Tim Murray and Dan Bylsma, they hadn’t decided to fire their general manager and coach.

But after those separate meetings and talks with players and others in the organization, the Pegulas determined the Sabres needed a massive overhaul and culture change, so Murray and Bylsma were let go Thursday in a shocking move.

“(We) decided our organization needed more discipline, structure and communication to be successful,” Pegula said Friday in the KeyBank Center atrium.

Pegula mentioned character, communication, discipline and structure throughout the 14 minutes he talked, emphasizing the Sabres, one of the NHL’s laughingstocks, must change the way they operate following a last-place finish.

Apparently, Murray and Bylsma didn’t instill those things in the team, so they’re gone long before most expected.

Pegula rarely speaks publicly about the Sabres. In fact, he hadn’t held a formal news conference to discuss the Sabres since Nov. 13, 2013, the day he hired Pat LaFontaine as president of hockey operations and fired longtime GM Darcy Regier.

In the same spot just over six years ago, on the day an emotional Pegula was introduced as owner, he said the Sabres’ reason for existence was to win the Stanley Cup.

Pegula said Friday “that is still the truth.” But the Sabres have regressed mightily under his control, morphing from a playoff team into one of the NHL’s dregs.

Right now, at six seasons, the Sabres own the NHL’s second-longest playoff drought behind Carolina, which last made it in 2009.

“Accountability starts with me,” Pegula said. “We are not happy with our season this year, and there are no excuses.”

Beyond his four buzzwords, Pegula offered no specifics into why he soured on Murray and Bylsma. Still, his words painted an ugly picture of the organization and did nothing to dispel the widespread belief the Sabres are a dysfunctional mess.

Remember, Murray received a multi-year extension Oct. 13. Pegula refused to say what has changed in the last seven months.

Murray, who was hired in January 2014, oversaw the Sabres’ tank and rebuild, tearing the team apart and starting over from scratch following consecutive 30th-place finishes.

It can be argued embracing the winning-by-losing philosophy has backfired on the Sabres. When asked if the organization is damaged by a plan that hoped for losing, Pegula replied, “I don’t want to talk about the past.”

After Pegula was pressed, he said, “A lot of teams go through rebuilds.”

He later insisted the Sabres never hoped to lose and never tanked.

Murray was a first-time GM, and the Sabres will likely look for a veteran this time.

According to reports, the Sabres have already interviewed former Kings GM Dean Lombardi, which Pegula denied.