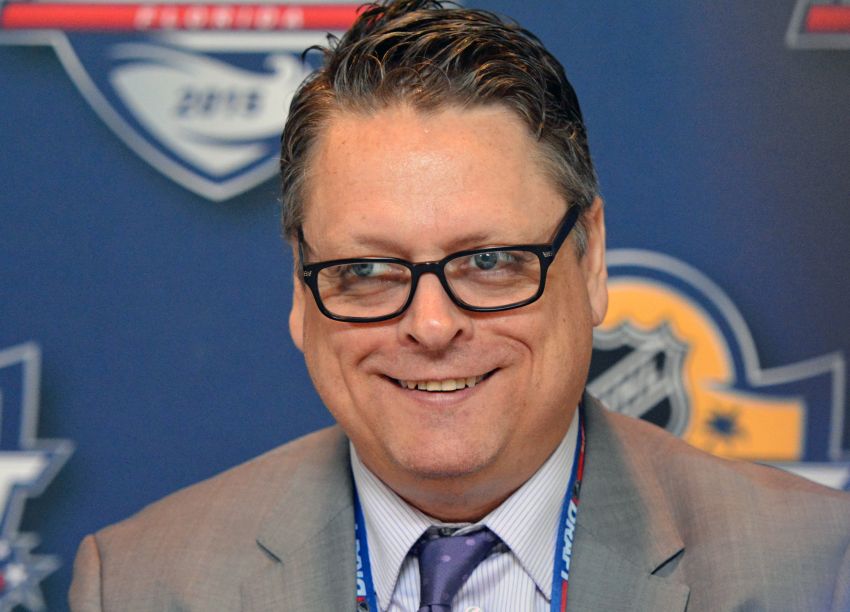 Murray, of course, has a penchant for wheeling and dealing, and with the Sabres hosting the draft and 11 picks in their arsenal, he might want to make a big splash.

The Sabres traded a 2016 third-round pick, 76th overall, for the 6-foot-2, 201-pound Vesey, college hockey’s top player. They have until August 15 to sign the high-scoring Harvard University forward.

Still, Vesey, whose father scouts for the Toronto Maple Leafs, might want to hit the open market.

“In our opinion, the only thing that has happened is now the Sabres have stepped into the shoes of Nashville for exclusive rights (to negotiate) until Aug. 15,” Peter Donatelli, one of Vesey’s agents, told ESPN.com. “However, at this time, it doesn’t change Jimmy Vesey’s intention to become a free agent on Aug. 15.”

Following a 24-goal, 46-point senior season in which Vesey, 23, was named college hockey’s top player, he had a spot waiting for him in Nashville, which was about to begin its playoff run. Instead, Vesey refused to sign with the Predators, who drafted him in the third round, 66th overall, in 2012.

“It’s been pretty clear since late March that we’re not going to be able to sign Jimmy Vesey,” Predators general manager David Poile told The Tennessean. “We were fully aware of what the rules are, that he’d become an unrestricted free agent in mid-August, and at that time, we’d receive no compensation of any kind for our investment and our asset. By trading him today, in my opinion, we recouped the (third-round) pick we used to acquire him.”

Vesey knows Sabres center Jack Eichel and is playing with him in a summer league in Foxboro. They also played together at the 2015 world championship. The youngsters share the same agent, Peter Fish.

Murray is scheduled to talk to the media today in advance of the draft. He pulled off two big deals before the Sabres drafted Eichel a year ago, trading a first-rounder for goalie Robin Lehner and acquiring center Ryan O’Reilly in a blockbuster deal.

The pick the Sabres sent Nashville has belonged to six teams.

The Sabres have re-signed winger Nick Deslauriers to a two-year contract extension. The popular fourth-liner had six goals, 12 points and 59 penalty minutes in 70 games last season.

Deslauriers, 25, would have become a restricted free agent next month.

The Sabres will open their 2016-17 home schedule Oct. 13 against the Montreal Canadiens, the NHL announced Monday. The rest of the schedule will be announced this afternoon.