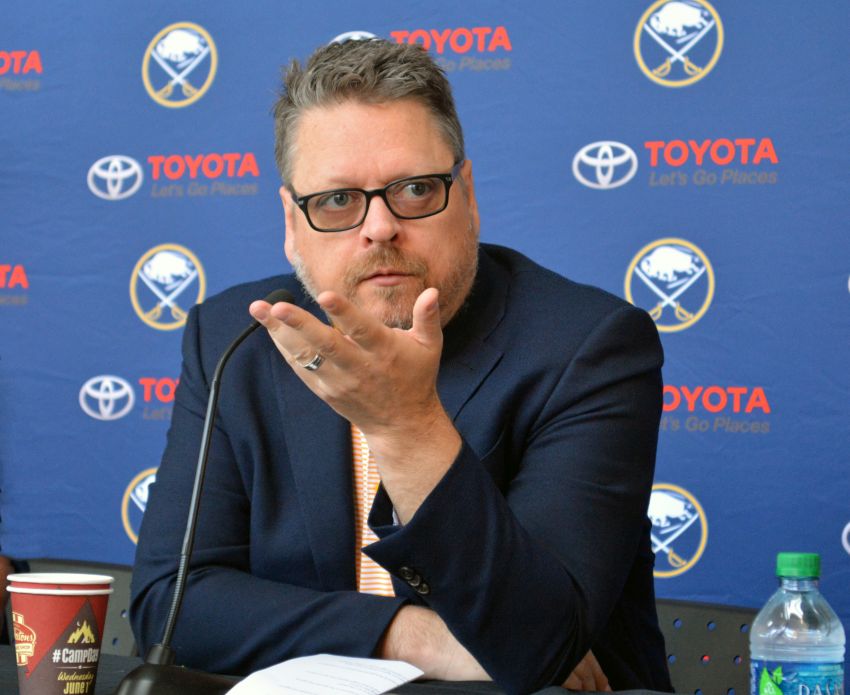 “We might potentially use Jack as a tool,” Murray said this morning, less than a day after acquiring Vesey’s rights from the Nashville Predators. “I guess I would be a tool not to.”

Murray said he hasn’t talked to Eichel about Vesey this summer, meaning he could have spoken to him earlier this week. The Sabres own Vesey’s rights until Aug. 15. They can’t sign him until July 1.

The Sabres had 12 picks in this weekend’s NHL Draft, which the team is hosting. To Murray, trading one of their four third-rounders is “not a bold move to me.”

“To me, he’s got top-six potential,” Murray said during a pre-draft news conference inside the First Niagara Center. “If we do get him signed, we’re not going to tell you he’s in our top six, but that’s his potential, that’s his pro rating for us. He’s a complete forward. He’s big and strong. He can shoot the puck but he can also make plays. He’s got a great hockey IQ.”

Vesey, 23, compiled 80 goals and 144 points in 128 NCAA games. Following a 24-goal, 46-point senior season in which Vesey was named college hockey’s top player, he stayed in school instead of joining Nashville for its playoff run

In draft news, Murray doesn’t sound interested in moving up from the No. 8 pick. He said the Sabres have narrowed their first pick to three players.