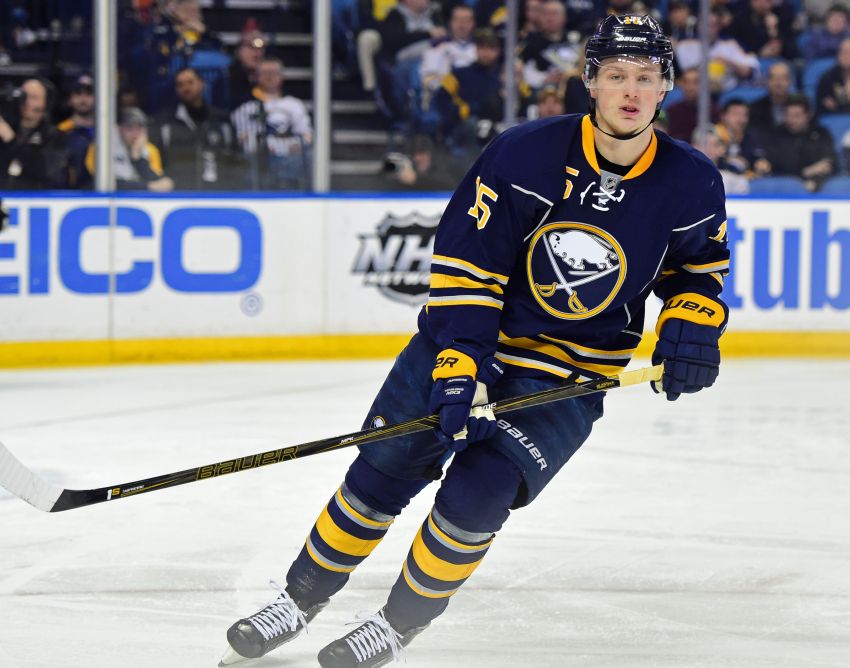 BUFFALO – When center Ryan O’Reilly joined his new teammates seven months ago, the stench leftover from consecutive 30th-place finishes – the culture of losing, you might call it – still surrounded the Sabres.

“I think you could sense it a bit, for sure,” O’Reilly said this morning as the Sabres held their end-of-season meetings inside the First Niagara Center. “I think there’s a lot of habits, when you look at winning teams, they do that make them successful. I think we lacked a lot of things.”

Early on, the Sabres, a group with about 10 new players with new coach Dan Bylsma, looked raw. They lost a lot, too, falling back to the bottom of the NHL.

Eventually, however, they developed chemistry and better habits. The standard changed. By the winter, they had become a legitimate team again. Over the final 41 games, the Sabres went 20-14-7, earning 47 of their 81 points.

“The ability to play the game was there,” Sabres defenseman Josh Gorges said about early in the season. “But we didn’t know how to play consistently … and it showed early. We lost a lot of games just because we (weren’t) mentally prepared to do things we needed to do.”

By the end, the Sabres’ maturity and professionalism had changed, Gorges said. Still, missing the playoffs for the fifth straight season stings.

“We didn’t reach our goal, so when the season’s done this early, it’s disappointing,” Gorges said. “I think when you look at the whole picture of what went on this year, the steps we took from the first 30, 40 games to how we played the last 30, 40 games is (a) drastic difference in teams and how we played and perceived the game. But ultimately we did fall short.”

Based on their growth this season, a playoff berth will likely be expected next season. Some of the game’s best young talent – Jack Eichel and Sam Reinhart were two of the NHL’s best rookies – buoyed them in 2015-16.

Check back for more later on the end of the season. While today is called “locker cleanout day,” no one seemed to be packing up. Every stall was filled with equipment a day after the Sabres’ 4-3 season-ending overtime road win against the New York Islanders.

– Sabres goalie Robin Lehner said the right ankle sprain he suffered opening night bothered him even after he returned for two months. The Swede recently underwent surgery because he couldn’t move the way he wanted to.

“Since that day it’s been pain, it’s been swelling after every practice, every game,” he said. “Just at the end of it it started taking its toll on my foot. It started getting more swollen and swollen and started hurting. I just started losing power in my right leg.”

Lehner will spend two more weeks in a cast before he can start working out again.

– Eichel, who basically has been going nonstop for a year, likely won’t represent Team USA at the upcoming world championship. O’Reilly said he would play for Team Canada, which he helped lead to a gold medal last year.

– The Sabres sent rookie wingers Evan Rodrigues and Cole Schneider and goalie Linus Ullmark back to the Rochester Americans today.