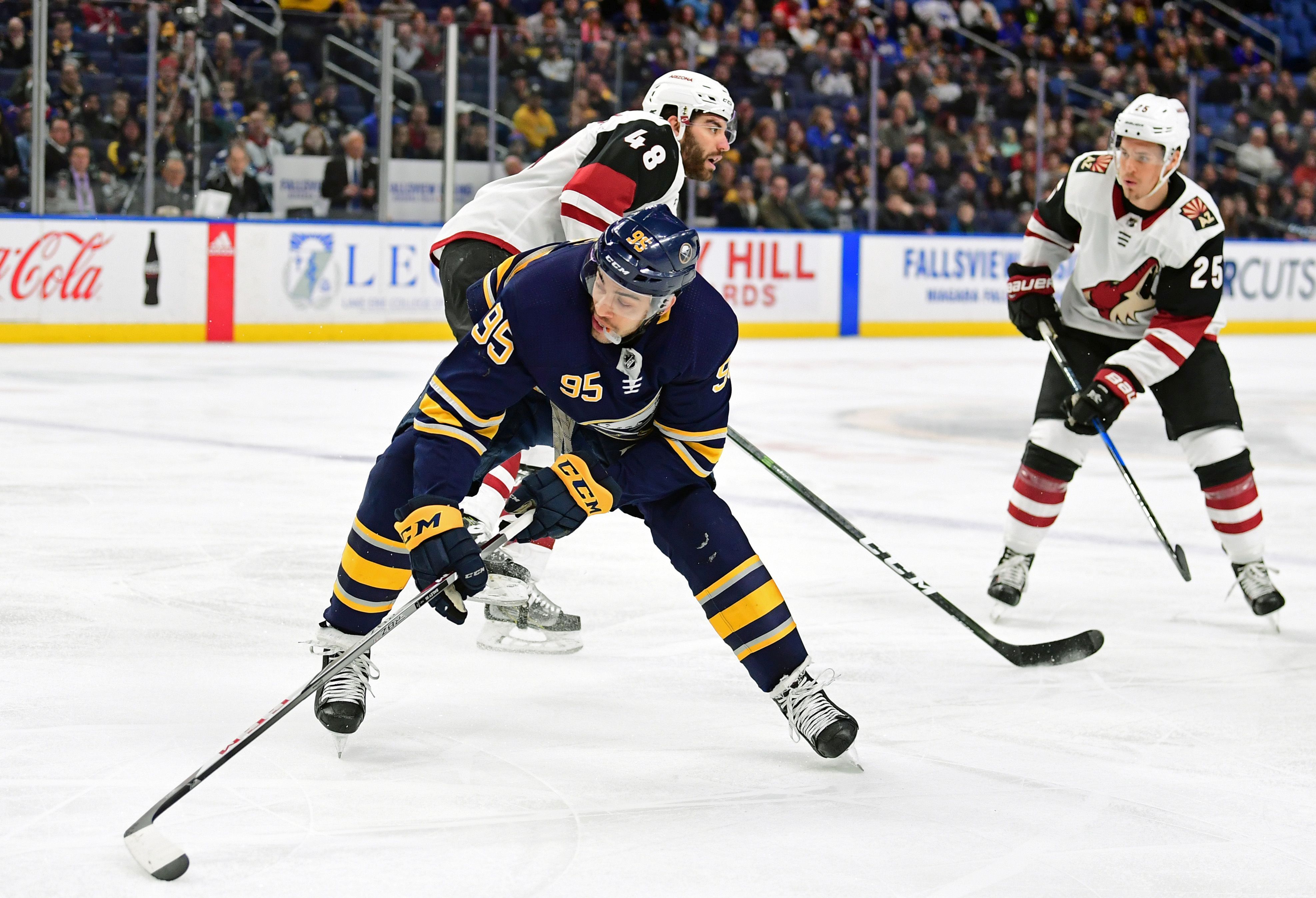 BUFFALO – The Sabres waived Justin Bailey and Nick Baptiste, two 23-year-old wingers who once ranked among the organization’s top prospects, and defenseman Matt Tennyson on Saturday.

The Sabres also sent rookie defenseman Lawrence Pilut to the AHL, meaning Brendan Guhle has possibly earned a spot on the blue line.

Teams have until noon today to claim the waived players. The Sabres, who open the season on Thursday against the Boston Bruins, have 28 players left on their training camp roster.

Bailey, a Williamsville native, has compiled five goals and eight points in 52 NHL games. He played a career-high 32 contests in 2016-17. The Sabres drafted him in the second round in 2013, 52nd overall.

Baptiste, meanwhile, has scored seven goals and 10 points in 47 NHL appearances. He played a career-high 33 games last season. The Sabres drafted him in the third round in 2013, 69th overall.

Bailey and Baptiste did not score a goal during the preseason. The Sabres could send them to the AHL if they clear. Both players have spent most of the past three seasons with the Rochester Americans.

Update: Bailey, Baptiste and Tennyson have cleared waivers, according to reports. Tennyson is practicing with the Sabres today.