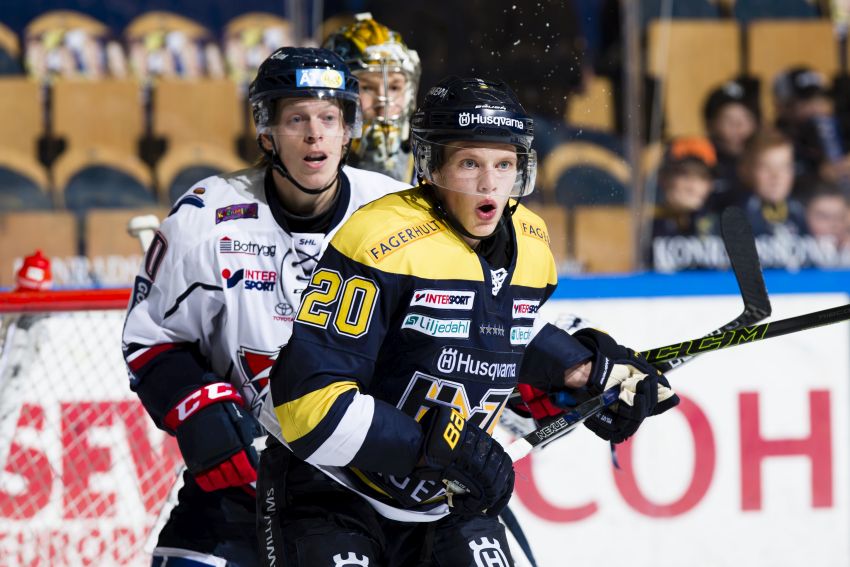 Buffalo Sabres newcomer Lawrence Pilut tries to approach everything – “On the ice, in the gym, wherever you are,” said Johan Lindbom, the defenseman’s former coach – with a gung-ho mentality.

That helped the Swede morph from an undrafted, unheralded youngster into one of Europe’s best defensemen, creating an opportunity to sign a two-year, entry-level NHL contract earlier this month.

That aggressive mindset might endear Pilut, 22, to his new coaches and fans in Buffalo and also frustrate them.

“He’s giving 100 percent in everything he does,” Lindbom told the Times Herald over a Skype conversation Monday from Sweden. “It doesn’t matter if it’s outside the rink or on the rink. Sometimes, to get to the next level you have to sort out on the ice what to do to make your effort the best. I mean, you can’t be in both ends at the same time.

“That’s been his problem, he wants to go in every attack, he wants to be a part in the offense. … That’s what we worked a lot with him during the season to sort out, what’s the best to get the most of out his game.”

Lindbom and his staff with HV71 calmed down the 5-foot-11, 179-pound Pilut so much he developed into a star throughout a splendid 2017-18 season, becoming his team’s top defenseman and minute-muncher. Compiling eight goals and 38 points in 52 games helped Pilut earn the Borje Salming Trophy as the Swedish Hockey League’s best native-born defender and attract interest from NHL teams.

Lindbom said Pilut is a “late bloomer” who “takes one step every season.”

“This year, he took the next step,” said Lindbom, who played 38 games for the New York Rangers in 1997-98. “He’s always been a talented guy, but this year he took a huge part in our game. He got a lot of ice time and he earned it. … He had some things to work to, it’s more like knowing what to do and doing it in the right time.

“He’s still a pretty young guy who wants so much with his career. He had to sort out in his game what to do at the right time.”

This appears to be the right time for Pilut to join the Sabres. The strides he made in his fifth SHL season could help him acclimate to the NHL and its smaller ice surface. The Sabres sorely need puck-moving defensemen like Pilut who possess some offensive flair.

Under Sabres coach Phil Housley, a Hall of Fame defenseman, it’s not hard to imagine Pilut receiving a lot of action early and thriving.

“He’s a two-way defenseman,” Lindbom said. “He’s good in both ends, he plays solid D. He’s not the biggest guy, he’s not playing that physical. He’s very smart. He’s reading the play good and (has) good gap control and (is) a good skater. His offense, he wants to join that pack.”

Pilut should also fit in off the ice.